Market to 45,692 farmer members and get higher indexing through the search engines. 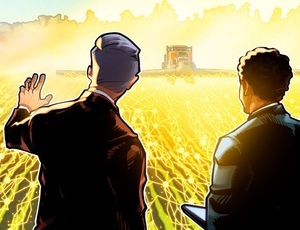 Last week we saw Josh Frydenberg give his approval to China Mengniu Dairy Company Limited to acquire infant formula manufacturer, Bellamy's Organic. This week, China Mengniu Dairy is in the news again following the announcement that it would pay Japanese beverage company, Kirin, $600 million to acquire its Lion Dairy & Drinks portfolio. The portfolio was listed back in October 2018 and this most recent development follows the divestment of Lion Dairy and Drinks Pty Ltd's cheese business to Saputo Dairy Australia for $280 million first announced back in April 2019 and subsequently not opposed by the Australian Competition and Consumer Commission (ACCC) in September 2019.

China Mengniu Dairy's acquisition of the rest of the Lion Dairy & Drinks will need approval from the ACCC and the Foreign Investment Review Board (FIRB) before it is finalised. It is understood, Mengniu is expecting to obtain said approval in the first half of 2020. In terms of the its acquisition of Bellamy's Organic, shareholders will vote on December 5 2019 to decide on the fate of the company.

Nufarm lowered its earning forecasts for 2019/20 on 25 November 2019 sending its share price on the Australian Securities Exchange downwards from last week's close of $6.16 to $5.06 on Tuesday morning. It's an event that effectively wiped $508 million off its market capitalisation. In a statement from the company on Sunday, it was said that during the course of reconciling accounts with German customers it had identified additional sales rebate claims which would impact EBITDA to a value of approximately AUD$9 million.

Ridley Corporation Limited, Australia's largest stockfeed miller, had its general meeting in Melbourne this week bringing its activities for the year to date into the spotlight. The company seems to have had a busy 2019 by all accounts. Firstly, in April, construction began at Ridley's greenfield feed-manufacturing site at Wellsford near Bendigo in Victoria which remains on target for completion by the end of 2019. The Wellsford mill will have an annual capacity of 350,000 tonnes of poultry and pig feed. Once commissioned, Ridley will rationalise its existing mill capacity in the region. Following the breaking of ground at Wellsford, the company opened its new extrusion plant in July at Westbury, Tasmania. The facility will manufacture an initial 50,000 tonnes of extruded feeds including aquaculture and pet food.

On the back of this expansionary activity, Ridley Corporation announced the closure of the Murray Bridge feed mill in South Australia, in September. Most recently, following a review of Ridley's operations and organisational structures, its board approved an internal restructure plan which will see 'a significant reduction in staffing levels' throughout the company. The cuts were announced on 11 November, and are being implemented this month.

Development of the Central Queensland Inland Port (CQIP) is chugging along. The large-scale development is located on a former rural property adjoining the Capricorn Highway and Rockhampton-Longreach railway line at Yamala, 23 kilometres east of Emerald. Upon completion, the site, which is alongside an established Louis Dreyfus cotton gin, will incorporate a state-of-the-art GrainCorp facility, an intermodal container terminal, and a 56 lot industrial park. So far, development has progressed to the completion of earthworks and a 1.6 kilometre rail siding. GrainCorp is also on track to have its $18.5 million grain handling facility ready for next year's winter crop harvest.

Costa Group has completed a $176 million capital raising. Costa faced a challenging 2019 and subsequently issued four profit warnings. By the end of October, the company announced its plans to raise $176 million to pay down debt and strengthen its balance sheet as it dealt with drought, high water prices and smaller, less lucrative harvests. Costa Group raised approximately $87 million in last month's institutional entitlement and $66 million in this month's retail entitlement. The $23 million gap left was filled on Thursday after the market closed via a retail shortfall bookbuild run by UBS.

The start-up behind Hungry Jack's 'Rebel Whopper', V2food, has just raised a record $35 million Series A funding round – which reportedly is the largest in the growing plant-based meat sector to date. The funding round was led by CSIRO's innovation fund, Main Sequence Ventures, and Horizon Ventures, with additional backing from Fairfax family investment fund Marinya Capital and Sequoia Capital China. Horizon Ventures is a private investment fund of Hong Kong's richest man, Li Ka-shing. It is understood the funding will be utilised in the company's quest to expand into Asia as well as for Research and Development efforts.