Market to 41,075 farmer members and get higher indexing through the search engines. 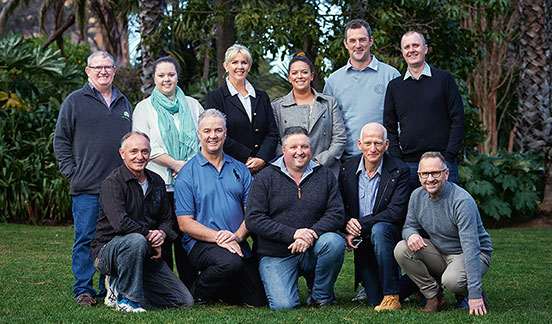 Farm Tender is an online buying and selling marketplace for Farmers and Associated Agricultural Businesses.

Founded by former Farmer, Dwain Duxson in August 2011, on starting the business Dwain identified that buying and selling was heading online and he wanted to create a platform that combined that with next level customer service. Farmers love hearing a human voice and that’s what we strive to do at the highest level. Dwain currently lives in Melbourne.

The Farm Tender model has evolved since conception where it was predominantly a buying service for farm inputs. Farmers kept asking, "why can't I sell items on it", so we decided to head in that direction and it's grown for zero members back in 2011 to nearly 36,311 Farmer members today.

Farm Tender has added a few new enterprises to the organisation, namely the Prime Ag Centre (PAC) in Elmore, DelayPay, an Ag News section, a members group and an advertising platform.

In late 2012 Matt Henke, Elmore, (Vic) joined the Sales team and has since helped many farmers successfully sell their grain, hay, fertiliser and surplus machinery. Matt has since changed roles and now heads up the PAC in Elmore. Matt is a Director of the business and has helped develop and grow the business on many fronts.

Paul Grayling from Kerang, (Vic) joined Farm Tender in early 2015. Before joining the Farm Tender Sales team, Paul worked in Rural Merchandising for 5 years. Prior to that worked in Pubs and an orchard in the Yarra Valley. Paul has moved around the country playing AFL football but has settled in Kerang and still coaches football locally.

Ellen Garland from Ballarat, (Vic) has shifted from Farm Tender across to the PAC in the Admin department. Ellen, who started in April, 2015 has worked within Agricultural Business Administration Management for the past fifteen years. Ellen decided that working from home full time was a win/win situation, she can be a part of a dynamic work environment and be home with her young family. Since starting with the company Ellen has had a passion for improving and streamlining the business processes.

Shane Ruyg from Merbein (Vic) is a key member of the Farm Tender sales team. Before that Shane worked in the Training Industry (VET), teaching Agriculture in both Cert III & IV for five years. Before this, he was involved in the Chemical and Irrigation industries. Shane was also a very good country AFL footballer and had a long and distinguished career. Shane lives in Merbein with the lovely Megan (see below) and they have plans to one day move to Queensland.

Megan Ruyg from Merbein (Vic) is part of the Admin team and joined us at Farm Tender in April 2016, prior to this Megan worked in the Community Health sector for nine years as Team Leader, Client Services which consisted of; Frontline, Health Records, Client Management Systems and Service Agreement Targets. Megan has a passion for good Customer Service and promoting a positive, helpful and friendly environment.

Mike Pickard from Goondiwindi (Qld) is part of the Farm Tender sales team. Mike is an Agricultural graduate at Marcus Oldham college. He has owned and managed large Pastoral holdings in North Western Qld, also managed a 15,000 acre, zero till Cropping operation at Goondiwindi. In the last ten years before starting with Farm Tender Mike worked in  the Ag Machinery assembly-repairs field, as a crane Truck operator and escort/pilot vehicle operator with the Case Dealership in Goondiwindi. Mike loves both Rugby Union and Rugby League and does profess to know a little about AFL.

Bonnie Kenner from Myrtleford (Vic) joined Farm Tender in April 2018 and is a part of the Farm Tender sales team. Bonnie spent three years at Longerenong Agricultural College studying Agribusiness and Agronomy. Prior to this, Bonnie spent three years working in rural merchandise in Tasmania, which is also where she grew up. Upon starting with Farm Tender, Bonnie worked out of the Prime Ag Centre at Elmore; however, she is now based in the lovely North East of Victoria.

Jim Oehms from Bendigo (Vic) joined Farm Tender in January 2019 and is part of the Prime Ag Centre (PAC) sale crew. Jim grew up in Melbourne and spent most of his time as a Service Technician in a couple of different fields which later turned into Sales positions. Jim moved to Bendigo twelve years ago and spent about seven years in the waste/recycling/environmental industry before making the move into the Agricultural Industry.

Robbie McKenzie from Warragul (Vic) heads up the newly formed Farm Tender Auctions platform. Robbie spent nine years in the US heavily involved in the Tractor/Equipment Auction arena across several states.
Robbie is the founder and former owner of Australian Stainless Steel, an engineering company that specialised in the Dairy industry. He was one of the first three individuals to be accredited as a trainer accessor in what was known as C.A.L.M computer aided livestock marketing, now  AuctionsPlus. Robbie completed a Business Management/Marketing degree at Dookie Agriculture College and is also a qualified project manager, Cattle judge, fully licensed real estate agent and auctioneer.

Farm Tender is committed to providing their Members with the highest standard of customer service and willing to go the "extra step" to help.

Please contact one of friendly team for more information.