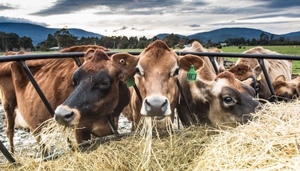 Dairy farmers are at risk of being locked into low milk price contracts for up to five years because of delays in introducing a new national Mandatory Dairy Code of Conduct for producers and milk processors.

Dairy Connect farmer group president Graham Forbes said today changes in the federal agriculture portfolio from David Littleproud to Bridget McKenzie in May had helped slow down the introduction of the new Code.

The Code is scheduled for introduction in mid-2020, but a number of key stakeholders are actively questioning the timetable.

The aim of the Mandatory Code will be to improve contractual relationships between dairy farmers and processors requiring minimum standards and transparency in milk supply agreements as well as effective dispute resolution.

Graham Forbes said today that the Federal Coalition had said it would deliver the Code ‘by the next election'.

"It is now well over 18 months since the Australian Competition and Consumer Commission recommended a Dairy Mandatory Code," he said.

"NSW Deputy premier and National's leader John Barilaro wants it to happen by December this year.

"The trouble arises from the fact new contracts are already in play and the new legislation won't be retrospective.

"Meantime, farmers signing new contracts are not subject to the safeguards that the Code will provide.

"In a lot of cases, new contracts in play continue to have clauses that may be considered unconscionable."

Dairy Connect has ‘strongly backed' a call by NSW Deputy Premier John Barilaro to fast-track the introduction of the national Mandatory Code.

CEO Shaughn Morgan said today the industry was being rocked by market failure and economic chaos as milk prices wallowed and more and more dairy farmers were being forced to leave an industry they loved.

"There's been plenty of talk and plenty of wide-spread consultation on the Code," he said.

"Now, it's time for urgent action by the Federal Government and no further delays."

The new Mandatory Dairy Code of Conduct will address specific issues identified in a range of inquiries including:

· contract terms that unreasonably reduced the ability or incentive of farmers to switch to other processors;

· contract terms that allowed processors to vary key terms of the contract, including price, unilaterally and without giving sufficient information to farmers;

· the need for independent, low-cost and effective dispute resolution.