Whats the Beef with Trump? 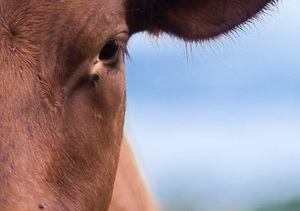 This article is bought to you by RFM No Till.

By Adam Davis - Head of Commodities at Merricks Capital

The recent signing of the Phase 1 US China trade pact is expected to serve US export interests well. Points probably missed by mainstream media and those that don’t trade in meat markets on a day to day basis like we do is that the China/US trade deal is in fact a major game changer for the US beef industry, indeed the global beef industry.

This ‘globalization’ of the beef market is likely to result in the mostly domestic focused US beef market increasingly looking to Asia for price direction as has been the evolution in Australia and New Zealand in recent years.

Global meat markets are already dealing with an unprecedented reduction in global pork supply and with new trade routes being established between North America and China as well as the uncertainty of trade tariffs and China’s growing need for US pork means that price volatility in meat and livestock markets is expected to remain elevated throughout 2020.

A quick note on Australia and we thank those that have sent messages of support for Australia during the bush fire crisis. We are happy to say that the breakdown of the high pressure system over Australia and onset of the Northern wet season has brought welcome heavy rain across the Eastern seaboard, particularly in regions that have been fighting bush fires quite often in inaccessible National Park areas. Importantly for local cattle markets, this broad band of wet weather, whilst far from drought breaking, is expected to tighten the supply of cattle and we expect this to be the start of a period of vastly higher Australian cattle prices over the next 2 years as the industry attempts to rebuild the herd, currently at 30 year lows.

Merricks will be attending the Gulf Foods Expo in Dubai in February as well as meeting with US meat and livestock market participants right across the United States in late February and early March.