Market to 42,882 farmer members and get higher indexing through the search engines. 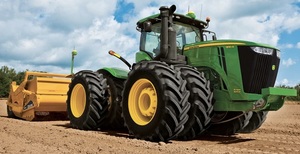 This article is bought to you by Orange Truck & Ag and RFM No Till.

August Sales for Agricultural tractors have suffered another steep decline down 19% for month and now 12% behind last year.

Falls were felt in all size categories in all states including the very buoyant Western Australian market which was down 27% on the same month last year now sitting 6 % behind last year.

Across the nation, it continues to be NSW suffering the greatest declines with a further 27% drop in August, now 22% behind last year. Queensland, which had been showing signs of recovery, slipped 14% in the month and is now 7% behind for the year.

Victoria had a solid month, exactly in line with August last year but remains 8% behind for the full year. South Australian Sales have gone from bad to worse with a massive 48% drop in August , now a full 25% behind last year, lastly Tasmanian sales are having a good year, now 7% ahead YTD and sales in the NT dropped for the month now 5% behind last year.

The market across Australia is being hampered by a distinct lack of confidence arising out of the drought being experienced in the Eastern States combined with a somewhat circumspect attitude being felt in the leisure sector which continues to contain low horsepower tractor sales. The growth of this lower end of the market has been a standout for the industry over the past decade but it is showing signs similar to those in the wider economy, much of which has been written elsewhere.

Combine Harvester Sales are tracking sideways with levels at around half of last year's sales and this trend is expected to continue through harvest season. That said, it will be no surprise to anyone to learn that dealers stock levels are strong across the board, so the opportunity to upgrade will be compelling.

Baler Sales continue to be the one high point in the market as the demand for hay is still strong. August sales were up 46% on last year and are now 22 % ahead on a year to date basis.

Finally, sales of Out Front Mowers bounced another 10% in the month in preparation for the grass growing season, now sitting in line with last year on a yearly basis.

The results from the TMA's quarterly business survey of dealers are now in and highlight a continuation of the pessimistic outlook. Dealers are generally reporting low levels of confidence in the outlook along with a generally poor order bank, all of which will be driven by the rainfall outlook.