Market to 42,878 farmer members and get higher indexing through the search engines. 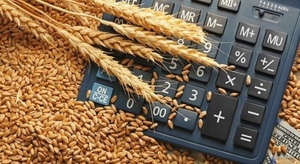 This article is bought to you by Fleming Contracting and Reading Transport.

· Overall the Australian crop is up year on year, but down on the long-term average.

· The underlying state data shows a significant increase in production in eastern Australia.

· The demand for transshipments will likely be significantly reduced.

ABARES have released their quarterly crop report overnight. The numbers are in line with what we would expect from this report, up on the prior year but down on average. The headline numbers, canola up 125kmt, barley up 1.6mmt and wheat up 1.8mmt. However is the national number the most important?

This year will see a year on year rise in production. It is good to see increased production, but the reality is that we are only moving from terrible to slightly less terrible. Although the headline numbers are unsurprising, it is worthwhile examining the underlying numbers.

During the 2018/19 season, grain prices rose dramatically to hit post deregulation highs. This was due to the deficit of feed on the east coast. This resulted in Australia's largest transhipment program on record from Western Australia. Although we are producing slightly more grain than last year, it is where that grain is grown that is important.

In 2018/19 Western Australia produced 59% of Australian wheat, this year it will produce 42%. This is an important distinction, WA saved the bacon (literally) of feed consumers in eastern Australia. As production improves on the east coast, will transshipments be required?

In figure 1, the production figures for the east coast (incl SA) are displayed. In this chart, we can see that production on the east coast has increased dramatically year on year (+54%) for both wheat and barley. In total it is expected that 16.1mmt (wheat & barley) will be produced this season.

The domestic demand in Australia for wheat & barley has averaged 10.5mmt during this decade (USDA), with an estimate of 12.7mmt for this season. Most of this demand will be in the eastern states. If these forecasts come to fruition, then there will be enough feed in the eastern states when SA is included.

What does this mean?

The ABARES forecast is largely negative, and there is still plenty of downward potential, especially with the dry in WA and frost in VIC/SA.

Due to the split of grain production around the country, it is likely that the eastern states will have enough grain to meet demand. This grain will likely be trucked from the south to the north, but transshipments will be lower.