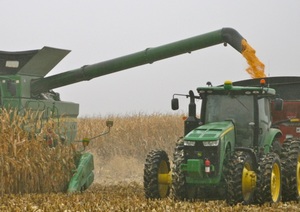 This article is bought to you by RFM No Till.

The day is approaching when farm equipment will operate autonomously – and Raven Industries is striving to become the industry leader.

“We’re investing heavily and differently in autonomy, and we expect to continue to do that,” CEO Dan Rykhus said. “It’s going to have an impact on earnings, but it’s also laying the groundwork for future growth. We’re stepping it up big time right now.”

Think of equipment that drives itself, communicates with other equipment and knows how to distinguish a person from a fence post, for example.

“The technology has matured. The AI and machine learning and computational capabilities in computers and the wireless technology and ability to move data – all those fundamentals of technology have come along to a point where they’re useful now,” Rykhus said.

“Over the last year, we’ve come to believe the market is more ready for autonomy than other players believe, and we need to take a strong position actually pushing the platforms into the market.”

This year, Raven will offer supervised autonomous equipment, including a grain cart that debuted in the field last year. 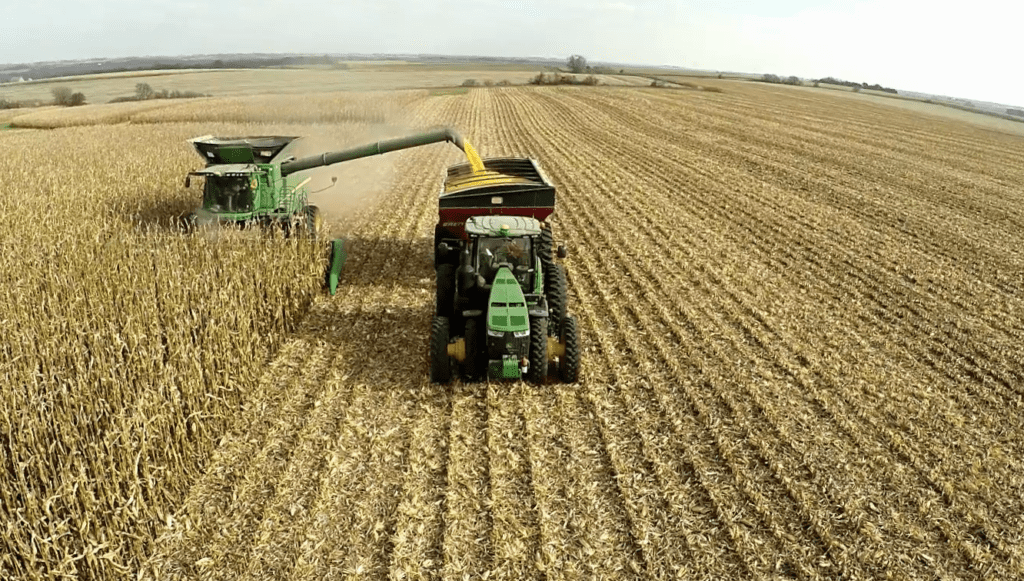 “Lots of customers used them last season, and it worked great,” Rykhus said. “You call the tractor to bring the AutoCart, you hit one button, and it brings the grain cart along. You hit ‘offload’ from the combine, fill the grain cart, hit ‘send,’ and the tractor autonomously takes the grain cart to a predetermined location where it offloads to a semi.”

There will be many such supervised autonomous approaches before full autonomy is implemented. But it’s not far away, Rykhus predicted.

“We think in five years there’s a good opportunity for fully autonomous solutions,” he said.

This year, Raven also will enter the market with product offerings stemming from two recent acquisitions. It became a majority owner of Canada-based DOT Technology Corp. last fall. The company is the designer and manufacturer of a unique, U-shaped, diesel-powered platform designed to autonomously handle a large variety of agriculture implements.

Raven also acquired Iowa-based Smart Ag, which was founded in 2015 with the goal of solving the growing labor crisis in production agriculture through automation. It offers aftermarket retrofit kits to automate farm equipment, as well as a platform to connect, manage and safely operate autonomous agricultural machinery.

The workforce challenge is something “we hear all the time in farming and in ag retail,” Rykhus said. “The ag retailers are really in a pinch over labor, just like everybody, and we think autonomy is part of the answer – to be able to, over time, rely less on the requirement for seasonal labor and rely more on the talent who can deploy a fleet of automated machines to carry out activities.”

Raven’s investment in automated technology is a natural extension of its applied technology division’s platforms and services, he said. They have been developed to drive the integration of machine, application and communication control technologies that enable precision agriculture.

“Raven will lead the industry in bringing autonomous solutions to the market — and will continue to make investments in the technologies and partnerships necessary to enable broad adoption across the global agricultural landscape,” Robey said.

Rykhus also has been honing his leadership team. It consists of: 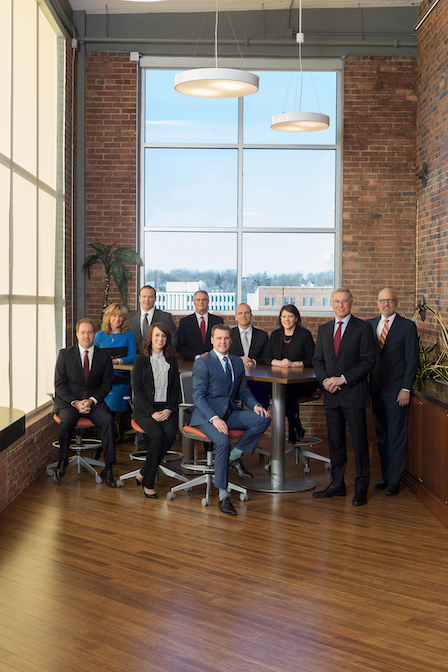 “We’re getting a lot more people involved than Dan,” Rykhus said. “We’re ready because the fundamentals of the company are there. Our team is in the best shape it’s been. … Our balance sheet is pristine. We generate a tremendous amount of cash and carry little or no debt, so we have a lot of dry powder available.”

Operating income was down 16.7 percent year-over-year at $11.3 million, compared with$13.6 million, both because of investments in the company’s strategic growth initiatives as well as lower sales volume.

The ag market might have found a new normal, Rykhus said.

“We’re operating like $4 corn is where we will be for a while, and if it gets better, great, but it’s where we’re at,” he said. 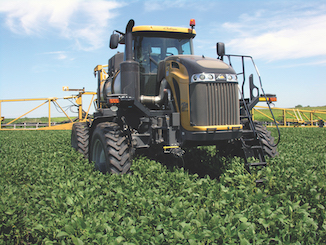 “We’re investing because we know the fundamental problems our customers face are labor, efficiency, quality of application, quality of jobs and the need to incorporate technology into what they do to solve these problems. They’re businesses, and machines wear out, and they have a requirement to upgrade the fleet from time to time to have the equipment necessary to perform their business.”

Raven also is making a big future play in its engineered films division with the launch of Raven Composites, which is seen as a natural adjacency to its high-performance plastic films and sheeting business.

“The way we differentiate ourselves with films is ‘thinner, lighter, stronger,’ so we’re taking the same mentality to the composite business, and we’re looking for and developing natural composite materials to replace wood, replace metal and bring a lighter, strong alternative,” Rykhus said.

“In particular, we want to laminate our high-value film to the composite to create an external surface that can be printed on, painted, has UV protection and a lot of other potential characteristics.” 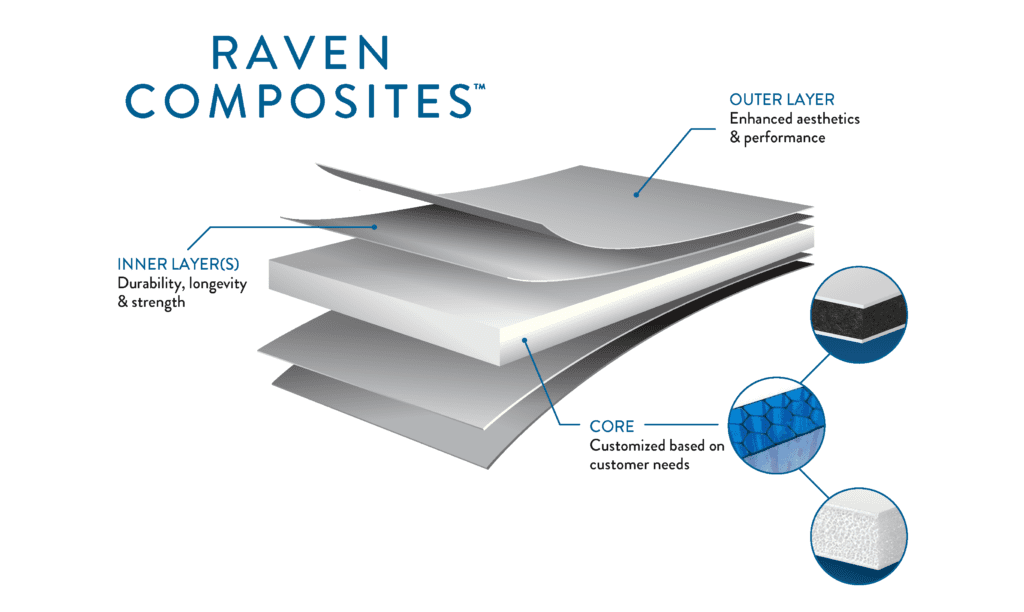 The reinforced composites will be used by industries such as transportation, construction, automotive and packaging.

The engineered films division will add a $4 million expansion of its films office at 811 W. Algonquin St. this year, which is expected to be completed by fall, and it recently announced a new fabrication operation in Virginia.

“We’ll definitely grow in Sioux Falls, and we’ll see where else,” Rykhus said.

The third division, Aerostar, is “knocking it out of the park,” he added.

“They will have their third year in a row of nice growth and strong profitability, and we’ve gotten focused. We’ve gotten out of a few markets, and we’ve been able to double down on the investment in stratospheric balloons and radar systems.”

Rykhus said he has told investors that “if you want to see what the bold strategy looks like, look at Aerostar. We doubled down on our R&D invested … and over time we’ve been able to drive profitability, and now we’re positioned for the next three to four years.”

Overall, Raven has added about 80 employees from one year ago, “and our outlook is to be at least another 150 to 200 (in the coming year),” Rykhus said, adding about half of the new jobs will be in Sioux Falls.

Raven has 20 locations throughout the world and more than 1,250 employees. Cultivating a culture across those sites has and will be key to the company’s success, said Carmody, who oversees facilities.

At a recent all-company meeting, “you could feel the energy from the audience. It’s pretty remarkable,” she said.

“We want to make sure whether you’re in an office in Brazil or Indiana or Sioux Falls, regardless of your job function, that everyone feels connected and part of one Raven, and that takes intentional effort. It’s a priority of Dan’s, the leadership and a responsibility of every team member.”