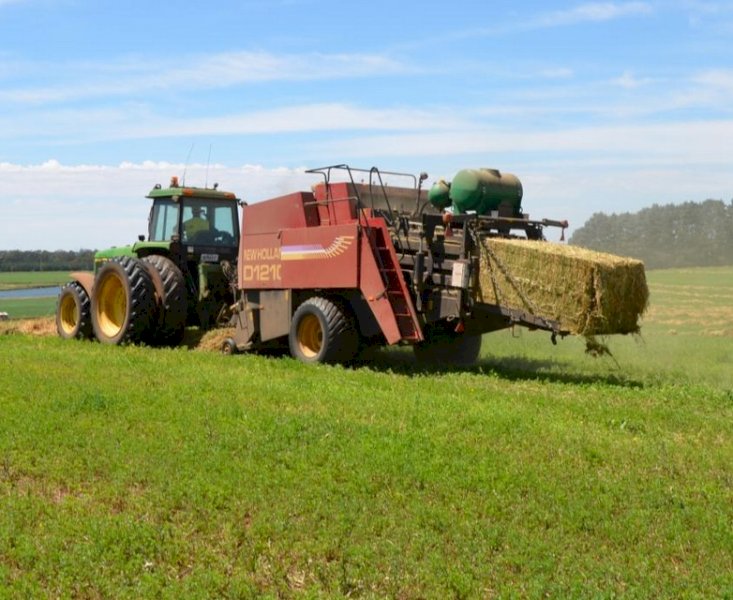 Check out the new Hay Report here, fresh off the keyboard last night.

Last week was a bit of a quieter week, but if the first 2 days of this week are an indication, then we are back to full steam again.

The concern is the lack of stock right now. It's a bit of a double-edged sword this one. Farmers can't get new stuff in the time frames they need it, and then, in turn, they are reluctant to list any related items on the market in fear of not having something when it's needed.

Or, they are happy to sell, but on the basis that if the new Machine doesn't arrive in time, they won't part with it until it does. This has happened in a couple of scenarios that week.

If the supply chain for new stuff fixes itself, a lot of used Equipment will come onto the market. But that's not going to happen anytime soon. So this convoluted Machinery and Equipment market is going to continue.

Shane sold this 2020 14ft Tow Behind Collier & Miller Grader for the listed price.

This is what the sales guys said happened this week:

Shane said - It's all about Harvest gear at the moment with plenty of Headers and Fronts getting nibbled on along with Silos, Augers and Chaser Bins are also very popular if you can still get them. Interestingly, second-hand Chaser and Mother Bins have been selling at new price levels, and sometimes above, such is the demand for these items.

Paul said - Various things have been selling over the last week, ranging from Seed and Grain, to Seeding and Tillage Gear, Fuel Tanks have become Hot Property along with 4 Wheel Motorbikes. A touch of New Season Vetch Hay and, of course, Headers and Harvest related Implements.

With the squeeze well and truly on for new Equipment, the second-hand market is thriving, and value for money is all anyone wants. It can be a bit harder to find, especially in the current market where you have to be quick!

Grain Storage items and Weighbridges are popular at the present time.

Farmers are still looking for good Semi Tippers and Paddock Trucks for Harvest.

Good Air Seeders and Disc Seeders are in demand.

With the Queensland borders opening up around about 18th of December, it should make the inspection of Machinery a lot easier for the start of next year, leaving the whole of the East coast free to trade.

We see a bit of interest in Seed for the 2022 season, this is a bit earlier than usual, but with what is happening with Farm inputs right now, Farmers do not want to be caught out.