Market to 41,745 farmer members and get higher indexing through the search engines.

We need to look at nation as a whole 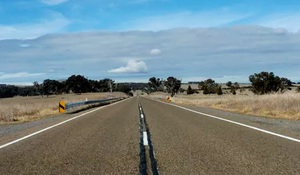 This article is bought to you by C Pearce Contracting.

There is a lot of well-documented frustration in regional Australia, where some regions feel they have been bypassed in the nation’s prosperity push.

The statistics don’t look all that encouraging, either: of the 2.3 million people that Australia added to its population over the past six years, the nation’s capital cities claimed all but 500,000 of them.

Yet phrasing things in this way reinforces the disparaging narrative about the city-country divide. We would gain a lot by starting to look at our nation’s potential as an unbroken continuum, from metropolitan CBDs to the outback, all parts capable of making a contribution to the whole.

Jennifer Westacott, the Business Council of Australia’s (BCA) chief executive, put this strongly in her November address to the National Press Club.

Jennifer and the chief executives of some of Australia's largest employers have been travelling Australia for the past two years to talk with people in communities outside the capitals.

“We must make sure the economic story, the social story and the opportunity story is about all of Australia, not just some parts of it,” she told the Press Club.

“We must unleash the potential of our people and places across the whole of the country.”

Jennifer reported that some of the most striking examples of regional innovation were small business partnering with big business. “What we saw time and time again was the multiplier effect of big investors transforming local communities.”

The BCA proposes that future public investment be made in places, not projects, and build gateway infrastructure in key locations that will in turn drive investment in the localities surrounding the gateway.

Toowoomba’s international airport is a terrific example of this concept. The more of these gateways we have around our regions, the closer our regional businesses get to new and potentially lucrative markets.

Refreshingly, the BCA is also urging metro businesses to think hard about why they are metro businesses. As Jennifer said, “Business should look at its investment, its processing requirements, its data centres, its back and front of house activities – and say ‘why can’t we do those things in regional Australia?’ Business should do the maths on what it would take to go to Bathurst, not Bangalore.”

“And governments need to remove the barriers to them doing it.”

In 2019, we have been weighed down with drought. Someday, hopefully very soon, the drought will lift. It seems probable that climate risk will continue to grow – but that’s all the more reason for cities to think about the prosperity of the regions, and for regions to reflect on how they might form better business alliances with city investors.

We’re all in this together. Let’s plan for that.

Robbie Sefton has a dual investment in rural Australia as a farmer, producing wool, meat and grains, and as managing director of national marketing communications company Seftons.