Market to 41,051 farmer members and get higher indexing through the search engines. 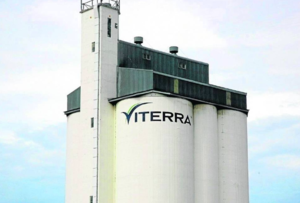 This article is bought to you by PMG Finance.

Viterra has received just over 3.9 million tonnes for the 2019/20 harvest so far with around 115,000 tonnes delivered in the past two weeks.

Viterra has released its first monthly receivals report for the year and had 36 sites receive grain between 25 December and 5 January.

Although receivals have slowed across the state, Viterra is continuing to provide delivery options for growers.
Most of the 115,000 tonnes of grain received in the past two weeks were delivered into Viterra’s Eastern region sites.
The majority of Viterra’s sites across the state were receiving grain from on farm storage, other than growers in the south east that had a later start and were finishing up their harvest.

Growers that enter the survey with their relevant details by Monday 27 January can go in the draw to win one of three $1000 donations to a community group of their choice.

For more information and to complete the survey, growers can visit the post harvest survey page on the Viterra website.