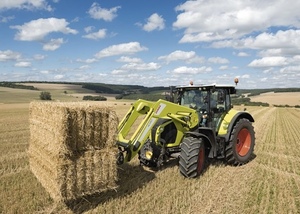 Sales of Agricultural tractors have finished the year down 4.1% on last year concluding what has been a challenging year for suppliers and dealers, particularly in the Eastern States.
There are numerous factors driving the sales results but most believe the drought, combined with many farmers taking a more conservative stance with regards to purchasing have had the greatest effect.
After five (5) continuous years of growth, 2018 has seen machine sales take a breather and we expect this trend to continue in 2019.
The ongoing impact of the drought in the eastern States will be felt for some time but in general, farmers are expected to view purchases a little more conservatively in the period ahead. Not unlike investors of in other fields of the broader economy, the tightening of lending by the banks and reductions in the exchange rate, whilst good for commodity exports, will also impact.
Taking a look at the year in full, there were still in excess of 12,000 tractors reported sold, 12,158 in fact, which is by any measure a very strong year. It was notable that December sales were down across the board due partly to a short month restricting deliveries.
The smaller under 40hp category was down 10% on last year having dropped a further 22% in December. This category is dominated by the Leisure Sector and, as stated, we are seeing some pullback in demand from these customers.

Ad - Need Windrowing, Baling and Carting? Central NSW, call Molloy Contracting - Ad
The 40hp to 100hp group was down also, 6% behind last year with a December drop of 13%
The best performing category for the year continues to be the 100hp -200hp segment emphasising the strength of the “row cropping” market. Whilst December was down 15% for the month the year finished 5% ahead of last year.
Finally, the larger over 200hp Broadacre Tractors were down a further 22% in December finishing the year 8% behind 2017.
Around the nation it was, not surprisingly, NSW that was hardest hit being 11% behind last year with December being a further 25% down. Queensland finished the year 6% down with the December month being 16% off.
Victorian sales struggled along through the year finishing 3% behind, elsewhere, all other states reported increased sales. WA had a stellar year finishing 8.3% ahead of last year. South Australia was up 2.5%, Tasmania finished 9% ahead sales to the Northern Territory were up 7%.

Ad - Need Windrowing, Baling and Carting? Central NSW, call Molloy Contracting - Ad
Harvester Sales for the year finished well down on 2017. There was a total of 676 unit sold which was around 200 down on last year. The conditions surrounding this market are well known and with the ordering windows now open, dealers are faced with the challenge of what to order. Needless to say, conditions are suited to savvy buyers able to take advantage of the available stock.
Baler sales had a year of recovery, up 14% on the previous year as many turned to hay production in the face of dwindling crop yields and finally, sales of Out-Front Mowers had a down year, 15% behind last year.
https://www.tma.asn.au/