The war on Global Carbon 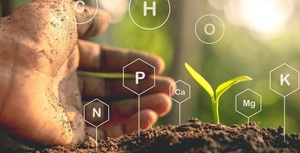 This article is bought to you by Bruce Robertson Transport

Citizens of the USA, Australia, Brazil, Canada and elsewhere are slowly waking to the sickening awareness that they are no longer up against local political forces – but, rather, a metastasizing international power against which they are largely impotent.

Common attributes now unify the regimes of Trump, Morrison, Bolsonaro, Trudeau, Salman, and maybe also those of Johnson and Putin:

The accumulating evidence indicates that western democracy is no longer dealing with independent national governments – but, rather, with an orchestrated transnational movement manipulating a troup of local political puppets.

Many of these leaders and their governments enjoy the funding and political support of the most powerful companies on Earth – the oil and coal majors, here termed ‘Global Carbon’, supported by a host of shady think-tanks, institutes, media corporations and digital manipulators who manufacture and disseminate their propaganda to create a global ‘echo chamber’.

The Global Carbon regime is unlike any previous political movement. It has no interest in social wellbeing, health, education, equality, justice, the environment or any of the issues that traditionally occupy the political discourse in democracies. It is motivated solely by money – and the power it confers. It is responsible for 9 million deaths annually – a fresh Holocaust every 8 months.

If it were a country, Global Carbon would be the largest economy on Earth, with annual retail energy use worth around US$24 trillion. This compares with, say, the US GDP of US$21tr or China’s $14tr. To this is added the value of its byproducts like petrochemicals, pesticides, pharmaceuticals, dyes, textiles and plastics. This cyclopaean financial clout is increasingly being deployed to influence the result in any country on Earth where they still have elections.

Why, then, is Global Carbon a thing? Previously, these fossil fuel corporates operated independently, competed vigorously with one another and dealt individually with national governments – as Shell did in Nigeria or Exxon in the US.

The answer is fear.

Global Carbon – a loose alliance of 100+ oil, coal and gas mega-corporates and their ancillaries – are collectively terrified that the worldwide movement by citizens and governments to prevent catastrophic climate change is going to put them out of business (exemplified by the case of coal) or at least severely impair their licence to print money and pillage the planet ad libitum. It is a fear not without foundation: calls to lock up carbon and ‘leave it in the ground’ are multiplying from science as well as civil society.

Furthermore, the rise of green-tinged governments – especially in Europe – citizen movements like Extinction Rebellion and outspoken youth like Greta Thunberg – has shaken them. This has resulting in calls to crack down on these ‘anarchists’, in susceptible democracies like Australia, the US, Canada and Brazil.

Global Carbon believes it is in a fight for its life.

The principle that “The enemy of my enemy is my friend” has impelled onetime competitors to make common cause, to undermine and – if possible – defeat the worldwide movement to save humanity from an uninhabitable, hothouse Earth.

The stark similarities between the affected governments is powerful proof they are no longer independent nations ruled by their own elected governments. They are separate countries increasingly animated by an identical purpose – a regime motivated solely by carbon profit, disinterested in all other aspects of civic governance.

Recent false bushfire arson claims in Australia highlight how these forces now co-ordinate globally. Allegedly the claims were started by Australian resources interests, then multiplied by social media bots and trolls, amplified by right-wing politicians and media corporations, taken up globally by Donald Trump Jr, Fox News and members of the US Republican party to create a global ‘echo chamber’.

The implications of this for the future of democracy are grim. As Global Carbon grows and flexes its muscle, it becomes harder and harder for an opposition party in any individual country to win an election, because it is not just up against its national opponents – but is also engaging the most potent international cartel on the Planet.

There is only one way to defeat such a monster. If it is truly a regime, then there must be global regime change. The citizens of Earth must rise up and impose their collective will on the rich and malevolent few. They must shun their products, prosecute to the full extent of the law, exact just taxes and outlaw the corrupt alliances that bind carbon to politics.

Like any global conflict, to road to victory will be long, and will be accompanied by much blood, toil, sweat and tears, as Churchill might have forewarned.

First, however, it is necessary, for each citizen to grasp how great and grave is our peril – and for that the dwindling voice of the free press daily plays a critical and valiant role.