Market to 46,641 farmer members and get higher indexing through the search engines. 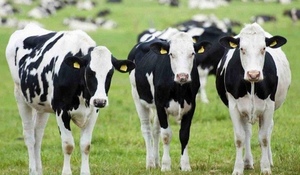 This article is bought to you by Entegra Sheds and the Australian Fodder Industry Association.

The new Code is scheduled for introduction in mid-2020, but the State Nationals' leader told the NSW Dairy Forum on Thursday, held at the NSW Parliament House, that the Code should actually be up and running by December 31 this year.

The aim of the Mandatory Code will be to improve the contractual arrangements between dairy farmers and processors requiring minimum standards and transparency in milk supply agreements as well as effective dispute resolution.

Dairy Connect CEO Shaughn Morgan said today the industry continued to be rocked by market failure and increasing economic chaos as milk prices wallowed & more and more dairy farmers were being forced from the industry they love.

"There's been plenty of talk and plenty of wide-spread consultation on the Code," he said.

"Now, it's time for urgent action by the Federal Government".

"Deputy Premier Barilaro's observations are spot-on and mark him out as a true warrior for the dairy industry."

The new Mandatory Dairy Code of Conduct would address specific issues identified in a range of inquiries including:

· contract terms that unreasonably reduced the ability or incentive of farmers to switch to other processors;

· contract terms that allowed processors to vary key terms of the contract, including price, unilaterally and without giving sufficient information to farmers; and

· the need for independent, low-cost and effective dispute resolution.

He said ‘enough was enough' and NSW had no more water to give in relation to the recovery of an additional 450GL of water earmarked for environmental flows.

John Barilaro has threatened to pull NSW out of the Murray Darling Basin agreement if his state's calls for a review of water management plans were ignored.

Mr Barilaro urged South Australia to ramp up operations at its desalination plant, taking pressure off the Murray River which was the source of much of Adelaide's water supply.

"The stance taken by NSW Deputy Premier John Barilaro regarding the Murray Darling Basin Plan is to be applauded and is strongly backed by Dairy Connect", Shaughn said.