How much barley can Australia push into the Middle East? 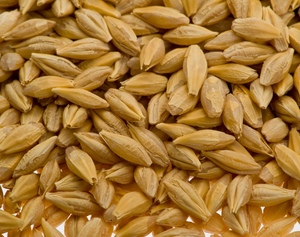 It’s been very difficult of late to talk about anything in the grains market other than tariffs and barley, and rightly so. The announcement left most in the market stunned and prices reacted accordingly. Most industry participants retreated to the sidelines to buy some time to digest the news and adjust SnDs. All of this to attempt to weigh up what it meant for trade flows and longer-term price activity in Australia for commodities beyond just barley. Up until the news regarding the tariff, engagement from the grower through most of New South Wales and Victoria was solid with new crop sold percentages at the higher end of the range for many years. It appeared as though many were comfortable enough with the moisture profile and forecast to get some new crop sales on. This was despite an enormous inverse on cereals through the East Coast due to last year’s failed crop. New crop values through the first quarter of this calendar year spent most of their time in the top seventh or eighth percentile. Old crop business continued to trickle through on just about everything barring canola which is very tight through those regions.

Demand on both the export and domestic front has been mixed following recent market developments as many took stock of a barley market that capitulated following the announcement. Some new crop domestic business did get done since then suggesting the bottom may have been found for the time being. The question being asked by many was should the tensions between Australia and China continue and the tariffs do get imposed, how much barley can Australia push into the Middle East before Black Sea new crop. It’s been many years since Australia has exported significant to volume to that region, but will we trade enough to solve what feels today is a very heavy SnD. On the supply side, the question remains how many hectares can or will switch out of barley into another commodity as a result of the deteriorating gross margins for barley. A question we won’t know the answer to for some time.

On the weather front, most of New South Wales and Victoria are in a great position with soil moisture levels at average or above average for this time of year. The Bureau of Meteorology has been unwavering for some time in their forecast for the chance of exceeding median rainfall for the June to August period. The most recent release had the chance at greater than 80%. Pleasingly, they had a similar forecast in May 2016 which proved accurate and beneficial for most. Unfortunately, things are still looking dry in many parts of Queensland, fingers crossed fortunes turn around through that region soon. Similarly, the vast majority of the Western Australia cropping belt eagerly awaits some planting rainfall as soil moisture levels through that region remain below average. South Australia looks to be charting a very positive start to the season with a large part of that state with above average soil moisture levels.