Market to 47,845 farmer members and get higher indexing through the search engines. 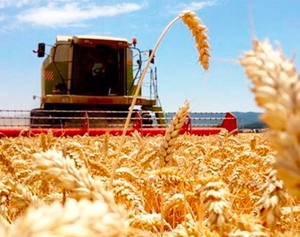 When talking wheat in South America, most conversations turn to Argentina. Its mantle as the biggest producer on the continent will not be challenged anytime soon, but 2020/21 wheat production in Brazil is poised to topple early forecasts and set a record on the back of favourable weather and above-average crop development.

Brazilian production is concentrated in the south of the country, especially in the states of Parana and Rio Grande do Sul. Collectively, those two states account for approximately 85 per cent of total output.

Sowing of the crop was completed in early July, and according to Brazil’s agricultural statistics agency, CONAB, the planted area in all major growing states has expanded this season to total 2.3 million hectares. In Parana, the country’s top wheat producing state, the final planted area is expected to increase by 6.5 per cent and in Rio Grande do Sul the increase is forecast at 10 per cent compared to 2019/20.

In contrast to this season’s drought-affected safrinha corn crop, the wheat areas are in excellent shape going into August. As of last week, the Parana crop was classified as 90 per cent good-to-excellent compared to 63 per cent at the same time in 2019. CONAB has pegged the Parana yield at three metric tonne per hectare (MT/ha), up 41 per cent over 2019 but local state agencies have it as high as 3.6MT/ha, a year-on-year increase of 71 per cent.

The state of Rio Grande do Sul is the country’s second-biggest wheat producer, and CONAB is forecasting a production increase over the 2019/20 season of 13 per cent. In the third-largest producing state of Sao Paulo, CONAB is predicting an 11 per cent increase in harvest output.

The increased area, condition of the crop and the favourable spring weather forecast has local analysts contemplating a national crop well above the current CONAB estimate of 6.3 million metric tonne (MMT).

Local agribusiness consultant, T&F Consultoria Agroecômica, is suggesting wheat production in excess of 7.3MMT is possible if favourable seasonal conditions continue, eclipsing the 2016/17 production record of 6.7MMT. This compares to a 2019 wheat harvest of less than 5.2MMT due to a substantial crop failure in Parana.

Back in May, total wheat stocks in Brazil had dwindled to a record low of 170,000 metric tonne as the global COVID-19 pandemic increased the domestic appetite for bread and other flour-based products.

Secondly, the Brazilian economy has deteriorated significantly in 2020 due to the COVID-19 pandemic. The Brazilian real (BRL) has lost about 30 per cent of its value since the start of the year which has made imports more expensive and has pushed domestic wheat prices to record levels in BRL terms.

If the lofty production forecasts are met, it will substantially decrease Brazil’s wheat import requirements in the current marketing year. The 2019/20 season imports were approximately 7.3MMT. According to T&F Consultoria Agroecômica, they could fall to as low as 5.5MMT if a record crop is harvested,

The leading purveyor of wheat to Brazil is Mercosur trade bloc partner Argentina, who traditionally supplies as much as 80 per cent of import requirements due to the favourable customs arrangements amongst bloc members.

However, lack of rain and frosts in the northern and central winter cropping regions of Argentina continues to heighten the moisture deficit and severely hamper crop development in many districts. As a result, the Buenos Aires Grain Exchange (BAGE) has decreased its planted area forecast by 300,000 hectares to 6.5 million hectares, but this is still almost 5 per cent higher than last season.

As of July 30, 95.9 per cent of the forecast area had been planted, up 1.8 percentage points compared to the previous week’s report but lagging last year’s pace by 3.3 per cent. Ironically, waterlogging across the unplanted areas in the south eastern reaches of Buenos Aires province slowed the seeding progress in the second half of July.

In last week’s report, BAGE pegged the condition of the wheat crop at 24 per cent good-to-excellent compared to 22 per cent the previous week and 45 per cent in the same week last year. The moisture condition was reported as 40 per cent optimum-to-favourable compared to 41 per cent last week and 75 per cent a year earlier.

BAGE left its wheat production forecast unchanged at 21MMT but cut the estimated yield to 3.14MT/ha. This doesn’t quite equate, but taking the forecast area and yield, results in production of 20.4MMT. This compares to the latest US Agricultural Attaché forecast of 20MMT and the Rosario Grain Exchange estimate of 18-19MMT.

As a result of the lower crop projection, the Agricultural Attaché has shaved 1.1MMT of Argentina’s wheat export forecast for the 2020/21 marketing year. It pegged exports at 13.4MMT compared to the USDA’s early July estimate of 14.5MMT, which was based on final production of 21MMT.

However, producers and exporters remain concerned that the Fernández government may increase the wheat export tax from 12 per cent to 15 per cent to help meet mounting fiscal requirements, thereby reducing competitiveness.

The 1.1MMT reduction in the exportable surplus roughly equates to the decreased import requirements from Brazil should their bumper harvest be realised in the coming months. Therefore, under this combined scenario, the impact on the global wheat balance sheet would basically be zero.

Nevertheless, with wheat production decreasing in the European Union and mounting issues with spring wheat production in the Black Sea region, the trade is looking to the southern hemisphere to halt the downward trend in 2020/21 world wheat output.

The enormous potential of the Australian wheat crop is on the line ahead of widespread rains forecast for the coming week. This rain is critical in many areas to avoid a downward revision to Australian production forecasts. Any further hiccups to southern hemisphere production will squeeze the balance sheet and be bullish for global wheat values.