Farm to consumer model will explode this decade (part 1) 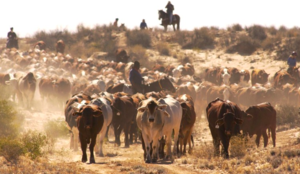 Hypothesis: Direct to Consumer (D2C) business models will be a high growth sales channel for all meat & poultry companies within 5 years.

I wrote that sentence 3 weeks ago.

3 weeks before the whiplash shift in demand from ~50% of animal protein sold through foodservice to ~85% moving through retail sales channel amidst the global COVID-19 pandemic.

3 weeks before we saw meat cases empty as quickly as grocery store workers could fill them.

COVID-19 doesn’t change my hypothesis, it accelerates its race to reality.

In this first of a three part series, we’ll look at the proof points supporting the hypothesis above.

At a recent meat industry conference for packers & retailers, I asked around about what folks think about ButcherBox and similar D2C models. Responses ranged from “never heard of them” to “remind me what they do?” Except for those paying attention to ButcherBox who responded with raging enthusiasm.

That same week, I asked my Instagram followers if they’ve used ButcherBox or the like and feedback on the product & experience. Of ~100 people who saw the question, ~40 had either used ButcherBox themselves or had a family member who had.

Here’s what this highly unscientific research tells me:

Now with the pandemic among us and grocery stores often sparse, even consumers who’ve never bought food through delivery apps are doing so, or through D2C services. (If ButcherBox were publicly traded I’d be buying stock right now based on what I assume can only be massive explosion in sales over the last 10 days.)

What is ButcherBox? It’s a subscription service for meat & poultry. You sign up online, you select the composition of your box, you receive a box at your doorstep.

Look up ButcherBox on Crunchbase, a company that tracks all funding rounds for startups, and you’ll see that ButcherBox raised $210,000. Five years ago. (In the pre-corona world, this is like saying they raised 2 nickels.)

What does that tell us?

Contrast the ButcherBox story with Blue Apron, one of several meal kit delivery services whose growth was largely fueled by venture capital then effectively dismissed by public market investors looking for profitable growth, not growth at all costs. Caveat: Blue Apron is having a COVID-19 renaissance as consumers are re-activating an appetite for meal kit delivery. Is this a permanent trend or just a moment in time? We’ll find out.

They’ve proven there is consumer demand for D2C meat & poultry and that at least some consumers are willing to pay for this service. More interestingly, multiple variations of this business model have popped up recently: we’re in the early Wild West days of D2C in animal protein.

So back to the beginning – why did a conference full of packers & retailers not know anything / not want to talk about the rise of D2C business models?

When big companies are disrupted by upstarts, many assume it was because the big co didn’t see what the upstart saw, e.g. Kodak, Blockbuster. But author Dr. Clayton Christenson argues that big companies see the early trends just fine, they just are not positioned, structured, or incentivized to act on early trends. Leaders at established companies have to focus on market share and profitability of today’s largest customers. For packers, that means ignoring ButcherBox and its peers who represent a fraction of a percent of total meat dollars at present, in order to focus on growing market share and profitability with large retail and foodservice customers. This is rational behavior.

The trick will be, how quickly do packers jump on the growing trend of D2C? Wait too long and there’s the risk of “disruption”. Jump too early and the market may not be fully developed, leaving an unprofitable sales channel in the short run.

Further complicating the matter is that D2C companies stand to not only disrupt packers, food retailers are also at risk.

And with a trend that’s been building for years now compounded by consumers being quarantined in their homes for weeks, potentially months?