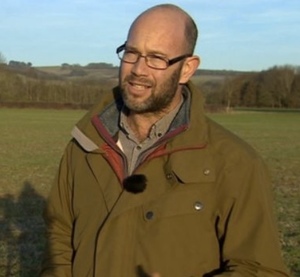 Europe just came close to banning the world’s most popular crop-protection product, but instead it narrowly avoided a terrible decision that would have frustrated farmers, hurt the environment, and made food more expensive everywhere.
On Monday, the European Commission put people, science, and economics ahead of politics when a panel voted to grant a five-year license renewal to the herbicide glyphosate.
This is a tremendous relief.
I know what a ban on glyphosate would have meant for my farm in the United Kingdom: We’d suffer soil erosion, turn back to stronger chemical controls, and produce less food.
Now we’ll get to use glyphosate for at least a little while longer. I’m disappointed that this excellent weed killer didn’t receive a 15-year extension, as originally proposed—but given that we just dodged what might have been a total ban, this is a very good outcome.
Over the next five years, farmers like me need to do a better job of making the case for glyphosate. It’s never too soon to start, so let me tell you my story.
Our farm is about a two-hour drive west of London, in an area called the West Midlands, where we grow bread-making wheat, malting barley, linseed, and more. We set aside a small part of our acreage for salad onions and handpicked peas. We also have a flock of 1,200 grazing ewes, lambing in April.
We’ve used glyphosate safely for two decades—and removing it from our toolkit would disrupt our sustainable practices. It would force us to return to cultivation for weed control, which means using machinery to turn over topsoil. This would come with steep environmental costs.
Without access to glyphosate, our soil would erode, causing us to lose moisture, nutrients, and biodiversity. We’d adopt alternative sprays that are more toxic and stay in the soil longer. We’d also run our equipment over our farmland more frequently, increasing our emission of greenhouse gases.
The innovation of glyphosate allowed us to abandon these harmful practices. We’d prefer not to have to take them up again—not now, and not five years from now.
Glyphosate also helps us grow more food. If our crops face more competition from weeds, our acres become less productive, nudging food prices upward. It’s simple economics: Reduced supplies mean higher costs for consumers.
One of the miracles of modern agriculture is that we grow more food on less land than ever before. A ban on glyphosate would have turned back the clock: We’d grow less food on more land.
A ban also would complicate international trade. Farmers around the world count on glyphosate. If the EU had blocked European farmers from using it, those farmers would have clamored for protectionism. They’d demand that politicians block the importation of food from farms that choose to use glyphosate.
So this would have affected me in the UK, even after Brexit becomes official. Yet it would have had much wider implications. That’s why farmers in Australia, Canada, and the United States, as well as South America, kept such a close watch on the recent decision.
They’ll be watching again in five years.
Science tells us that glyphosate is safe. It’s toxic to weeds, but it breaks down quickly. Regulatory panels have confirmed this, including the European Food Safety Authority and the European Chemical Agency.
Only the French-based International Agency for Research on Cancer imagines a connection between glyphosate and cancer in people. Mainstream scientists have debunked its conclusions, but IARC’s claims have prompted activist groups to turn glyphosate into an issue of politics, rather than a matter of science, agriculture, and consumer economics.
They almost had their way. On November 9, half of the 28 members of the EC favored glyphosate’s renewal, with only nine opposing and five abstaining. Success, however, required 16 countries to vote for the five-year renewal.
On Monday, in an appeals-committee vote, 18 countries favored the new license.
At almost the last possible moment, they saved a safe product that benefits farmers, consumers, and the environment.
Next time, let’s aim for less drama and more sound science.