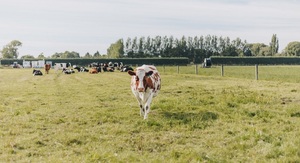 Ad - Need to shift some Hay? Try Mazaratto Hay Freight, Singles, Doubles, Triples, Big or Little Squares, Rolls, North or South. Give them a try - Ad
You could say, there’s the “dairy farm” and there’s the perception of the “dairy farm” and they are not the same thing.
You can change the thing (dairy farm) but that doesn't necessarily change the perception of the thing (dairy farm).
This is why dairy farmers can fence waterways and upgrade effluent systems at a huge cost, with no change in public perception.
One thing is objective, meaning it's real and you can touch it. The other thing is subjective, meaning it's psychological & based on feelings & opinions.
The relationship between the actual objective thing & its perception is subjective, which means it's not logical. So you can’t change the perception with logical fact-based solutions, like a newspaper ad telling people the rivers have been fenced.
Last weeks column touched on research that suggested the public viewed smaller organic family farms in a better light than larger farms, which I called “factory farms”.

Ad - Need to shift some Hay? Try Mazaratto Hay Freight, Singles, Doubles, Triples, Big or Little Squares, Rolls, North or South. Give them a try - Ad
A few dairy farmers felt I was misinformed, which is a common occurrence, by the way. Anyway, they started up a debate armed with a set of facts about actual farms & asked me to provide facts about farms.
They make the assumption that facts will change things. Facts are overrated.
They say things like “I’ve been to big farms and all the animals were well cared for & happy” therefore the public’s perception is false.
These facts are true, big “factory farms” can have well cared for & happy cows. But that doesn’t make one jot of difference to the public’s perception.
Jonothan Haidt explains how our opinions are formed in his book, The Righteous Mind- Why Good People Are Divided by Politics and Religion.
Our minds quickly & unconsciously make decisions based on our intuition. Our brain then sets out to find logical reasons to support our intuition.

Ad - Need to shift some Hay? Try Mazaratto Hay Freight, Singles, Doubles, Triples, Big or Little Squares, Rolls, North or South. Give them a try - Ad
It's important to note, the reasoning comes after our intuition has made up its mind. Our intuition is in control.
The public has an intuition that small family farms are better than big farms. If you asked them why they felt that way, their logical brain will come up with a reason to justify what their intuition is telling them. They might say something like “the cows are treated better on small farms”.
Our intuition is like a dog and our reasoning is the tail. If the dog is happy it wags its tail.
It would seem logical for farmers to debate the public’s reasoning, ie “the cows are treated better on small farms”.
But that's never going to work.
That's like grabbing the dogs tail and wagging it with the expectation that the dog will become happy. That would work if the logical brain controlled the intuition. But it doesn't.
Farmers would be wise to approach these problems from the subjective side of things. But it's hard because we tend to look at these psychological things as somewhat inferior or not real or cheating in some way.
Here are some examples of how changing just the subjective aspect of a thing, makes a big difference.
In pain killer experiments, researchers took aspirin which is an objective thing.
If the pill is red, patents reported it working better. The same is true if the patent thinks the pill is expensive or if the pill is branded.

Ad - Need to shift some Hay? Try Mazaratto Hay Freight, Singles, Doubles, Triples, Big or Little Squares, Rolls, North or South. Give them a try - Ad
Similar studies show that people find the exact same wine tastes better if they think it is more expensive or exotic, or if it's poured from a heavier bottle.
The objective thing is not changing but these non-logical, subjective attributes are sending signals to peoples intuition which affects the way they perceive the objective thing.
Significant gains can be made at a fraction of the cost, simply by focussing on the subjective or psychological.
The UK buses were getting bad reviews due to buses running late. The objective solution would be to add more drivers & buses at a huge cost.
Instead, they added screens at bus stops counting down to when the bus would arrive. Turns out people are much happier waiting 11 minutes in a state of certainty than 5 minutes in a state of uncertainty.
Buses were still late, but people just didn't mind as much.
This type of psychological mindset change is the real reason for Uber’s success. Uber shows us exactly where our ride is, which reduces anxiety.

Ad - Need to shift some Hay? Try Mazaratto Hay Freight, Singles, Doubles, Triples, Big or Little Squares, Rolls, North or South. Give them a try - Ad
Public perception is important because the public vote in people who make laws that affect farmers.
Many farmers around the world feel like they are in a battle with a nieve public. Instead of trading facts with opponents, farmers may get better results by focussing on what the public’s intuition is & make subjective changes based on this.