Market to 49,479 farmer members and get higher indexing through the search engines. 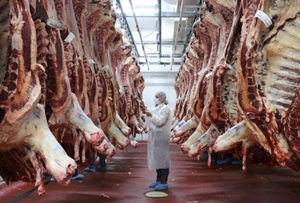 May has the smallest output in the last three years, according to statistics

As the beef sector is looking to rebuild the herd, Australian beef production in May plunged to the lowest level recorded in the last three years, announced the Australian Bureau of Statistics. Beef production in May totalled 178,900 tonnes, down 8.4% from May 2019. The number of cattle slaughtered dropped by 12.5% on the year to 603,500 head. In both cases, figures are the lowest since November 2017.

Recent favourable wheater conditions have encouraged farmers to rebuild their herds as until now Australia was confronted with a severe drought that lasted for a couple of years. The shortage in the national inventory has spiked the prices for beef but, in mid-term, analysts are wondering if the industry can keep these prices up considering the global market conditions.

"We are left wondering how sustainable cattle prices really are in the midst of a global pandemic and what may be the worst recession since the Great Depression. With prices moving in the opposite direction to local prices in our major competitors, prices will likely fall once restocker interest recedes", warned a recent report from National Australia Bank, quoted by Bloomberg. For this year, Meat and Livestock Australia foresees a y-o-y decline of 19% in cattle slaughter figures, totalling 6.9 million head, followed by a y-o-y drop of 16%, which is expected to reach 2 million tonnes cwt. Mid-term outlook for the Australian cattle sector consists of a cattle turnoff decline to the lowest point since the mid-90s and to remain at historically low levels for the next two years.