A week is a long time in Grain markets 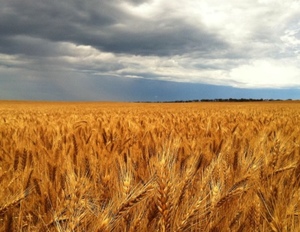 A week is a long time in grain markets. This couldn’t be any truer than the week we’ve just experienced. The uncertainty the world is facing today has created some market moves that are truly mind-boggling. To think that in the last couple of days of 2019 the Aussie dollar was trading at 70c to where it fell to last week at around 55c is certainly not unprecedented, though it is astounding. Many markets around the world have been impacted by this, and our grain market is no exception.

The weakening Australian dollar has certainly shielded our cash market from the falls we have seen on futures markets around the world, not least of all the Chicago contract. As mentioned above, in late 2019 the AUD was trading around 70c at the same time Chicago peaked around 580c/bu. The pull back from then to where it bottomed in both markets was around 20%. Interestingly, despite some large intraday fluctuations, the January 2021 ASX wheat contract over the same period is noticeably higher. Just as the AUD dropped off a cliff, the cash markets here in Australia climbed up a ladder.

If you look back at the charts historically, the moves we have seen in Chicago in the first few months of this year are minor compared to what we’ve seen in even the last fifteen years. There was the huge rally through late 2007 where the Chicago wheat price doubled, then took a breather. From November 2007 into March 2008 when it rallied again to it’s all-time peak above $12/bu. Following that, the rest of 2008 it retreated back to where the rally started almost exactly a year earlier.

The dramatically fluctuating cash markets have presented some great opportunities in many regions for those holding old crop to take some more risk off the table. There have been opportunities in wheat, barley, canola and sorghum, if one had any, to selling into strong markets. Having said that, as the unpredictability and uncertainty persisted, there was evidence that growers pulled away from the new crop market to let things settle. There has also been some suggestion that this could by driven by the uncertainty around the availability of crop inputs later in the season. Time will tell.

Fundamentally the world still needs to eat, and that demand is not going away. Admittedly, we do have some demand issues at the moment, both bullish and bearish. Millers are seeing a spike in demand as people rush to stock their cupboards, whilst on the flip side some consumers are choosing to stand back until things calm down. There are some supply challenges also as vessels, containers and product from other parts of the world understandably have increased scrutiny gaining access into our country. These things will pass and we will eventually return to normal. Conditions generally are looking pretty good, better than they have for some time in many cases. Let’s hope for a speedy return to normality.