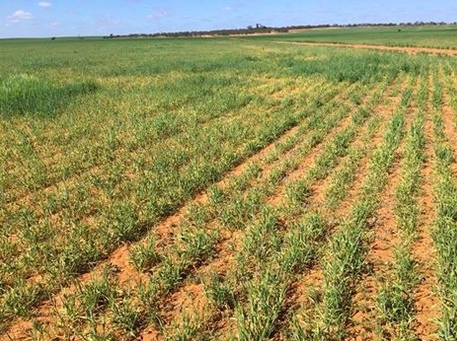 Climate change could affect food production through both continuous environmental changes—for example, increasing temperatures and changes to precipitation patterns—and more frequent episodes of acute stress, such as drought, heat waves, and excessive precipitation. The COVID-19 pandemic is exposing weaknesses in the global food system which we find is already vulnerable to climate change as a growing population depends on four key crops with high geographic concentration of production.

Will climate change decrease the food security of the world’s breadbaskets?

In this case study, we examine the changing likelihood of a harvest failure occurring in multiple breadbasket locations as well as the potential socioeconomic impact of such an event (See sidebar: “An overview of the case study analysis”). We define a breadbasket as a key production region for food grains (rice, wheat, corn, and soy) and harvest failure as a major yield reduction in the annual crop cycle of a breadbasket region where there is a potential impact on the global food system.

How vulnerable is the global food system to climate change?

A combination of factors makes the global food system more vulnerable to climate change. These include:

Dependence on a handful of grains: The human diet is highly dependent on just four grains: rice, wheat, corn, and soy. They make up almost half of the calories of an average global diet, with rice and wheat contributing 19 percent and 18 percent, respectively.

Geographic concentration of production: Sixty percent of global food production occurs in just five countries: China, the United States, India, Brazil, and Argentina (Exhibit 1). Even within these countries, food production is highly concentrated in a few regions. For example, 88 percent of Indian wheat production comes from five states in the northern part of the country and in the United States, five Midwestern states account for 61 percent of corn production, according to the Department of Agriculture. This means extreme weather events in those regions could affect a large portion of global production.

Growing dependency on grain imports: The population that relies most on these grains is growing. In particular, developing countries tend to be importers of grain, mostly because competitive disadvantages in growing grains make buying from the world markets cheaper than producing domestically. For example, Algeria, Egypt, Mexico, and Saudi Arabia are net importers of grain, and China is highly dependent on soy imports.

Limited grain storage: The amount of stored grain influences how well the food system is equipped to respond to any shortage of food production because it provides a buffer that can be built in years with low prices and released in years with higher prices. Despite historically high levels today, grain storage levels appear insufficient to withstand a large shock in production.

Our analysis suggests that a “true” multiple-breadbasket failure—simultaneous shocks to grain production through acute climate events in a sufficient number of breadbaskets to affect global production—becomes increasingly likely in the decades ahead, driven by an increase in both the likelihood and the severity of climate events. For example, a greater than 15 percent shock to grain production was a 1-in‑100 event between 1998 and 2017.

These increases are driven mainly by risks to corn, soy, and rice production, because climate change leads more frequently to weather patterns that adversely affect their growing conditions. Corn, for example, has a plant physiological threshold of about 20 degrees Celsius, beyond which yields decline dramatically. Similarly, both drought and extreme precipitation (beyond roughly 0.5 meter of seasonal precipitation) lead to suboptimal yields. In the US Midwest, one of the key corn production regions globally, hotter summer temperatures and higher likelihood of excessive spring rain (as seen in 2019) drive higher likelihood of harvest failures. Wheat is the one crop that seems to benefit from the higher temperatures that climate change causes in some of the main production regions (Exhibit 2).

Since current stock-to-use ratios are historically high at 30 percent of consumption, it is virtually impossible that the world will run out of grain within any one year. However, even limited reductions in stock-to-use ratios have triggered past episodes of spiking food prices, and we have no reason to expect that this would not be the case in the event of a multiple breadbasket failure.

In our analysis, we assume stock-to-use ratios drop to about 20 percent in the event of a multiple-breadbasket failure, which would require a 15 percent drop in global supply in a given year. In that case, historical precedent suggests that prices could easily spike by 100 percent or more in the short term. 1 More broadly, negative economic shocks of this size could lead to widespread social and political unrest, global conflict, and increased terrorism.

Policymakers have begun to build a more resilient food system, but more can be done

Following the food price shortages of the past decade, the G‑20 developed an action plan to reduce price volatility. While we believe this is a good start, more can be done that does not require the same degree of coordination. We offer a set of actions that are in the interests of governments, agricultural trading companies, and multilateral organizations.

Governments: A relatively straightforward way to manage domestic grain prices is by keeping large amounts of stocks that are built up in times of low prices and released when prices increase, essentially creating a price ceiling. While such a policy does not require coordination with other countries, there are challenges. For example, high food stocks can drain resources during times of low prices and do not provide any immediate benefit while acquiring large amounts of grains on world markets can prove hard, and countries run the risk of paying premiums. Despite challenges, increased storage is likely to be the most straightforward and reliable tool to prevent large domestic price spikes. By introducing near-term redundancy, increased storage increases long-term resilience. In addition, governments could consider increasing the flexibility of the nonfood use of grains. For example, regulators could explicitly introduce mechanisms controlling demand for biofuels.

Agricultural trading companies: They may want to review their long-term strategies regarding storage capacity investment and utilization as well as their trading strategies in light of the revised probabilities of multiple-breadbasket failures. To the extent that governments deem food storage and the ability to ship grains quickly and reliably to consumers a positive externality, they may choose to subsidize private-sector storage, encouraging the private sector to increase storage facilities, or to invest in improved transportation infrastructure (rail lines and ports, for example). Based on annual production of 3.5 billion tons, we estimate the cost of increasing global stocks to be $5 billion to $11 billion a year, assuming the cost of stocks of $32 a ton. Such an investment would increase the current global stock-to-use ratio to 35 to 40 percent, which could offset harvest failures of the magnitude of 15 percent.

Multilateral organizations: Organizations such as the World Bank and FAO could consider the creation of virtual reserves. This would involve increasing short sales in the spot market during times of high food prices, which could help to reduce prices. However, this would work only to the extent that markets “overreact” (for instance, by introducing export bans) and when there are no actual food shortages, because it does not alter supply, demand, or physical reserve levels. Organizations could also explore the design of innovative mechanisms that would lead to higher private-sector storage rates.

While the world today is, on average, producing more than enough food to feed the growing population, short-term price hikes from episodes of acute climate stress could have a significant impact on the well-being of 750 million of the world’s poorest people, with the possibility of substantial broader knock-on impacts. Increasing production and storage in good years and increasing flexibility in the use of food crops to maximize calories consumed could go a long way to lessen that risk.

About this case study:

In January 2020, the McKinsey Global Institute published Climate risk and response: Physical hazards and socioeconomic impacts. In that report, we measured the impact of climate change by the extent to which it could affect human beings, human-made physical assets, and the natural world over the next three decades. In order to link physical climate risk to socioeconomic impact, we investigated nine specific cases that illustrated exposure to climate change extremes and proximity to physical thresholds.