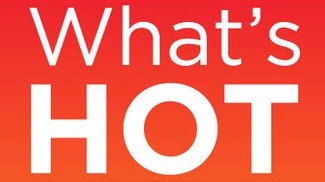 Keep those listings coming, it's a good time to be selling stuff.

The Header buying indicator (HBI) was at its peak last week as we sold 6, which included 2 for one Farmer. For those that don't know about the HBI, it's just a bit of a fun way we measure Farmers confidence.

Speaking of Mallee Country, a 576ha aggregation near the town of Ouyen (Vic) made an average price of $3644/ha ($1475/ac). According to the Stock and Land, that was 61% above the seller's reserve and a record for the district.

As mentioned above I had a good chat in a podcast last week about the Machinery Market. Check it out here.

See below what the sales guys had to say for this week.

Paul said - Farmers in the Mallee this week are awaiting the temperature rise and are barracking for some follow up rain on the back of near summer-like days. With reports varying on crop size and health a Hot Day could see a few Vetch Hay Crops have their fate decided. Speaking to quite a few Growers who are looking at spraying Vetch Crops out. This will have some sort of effect on the Hay job, with production definitely down from previous years, that's without the natural elements having any impact. Here's hoping we good a good finish for all.

Speaking to a bloke up near Kingaroy (QLD), who said the mice are still about and doing some damage and will definitely fire up again as we get warmer.

It's still is a bit of an issue getting gear inspected over the borders with some buyers buying site unseen.

Just remember when listing Machinery, if it's priced right, it will sell. If you don't get the pricing right, give one of the sales team a call and they should be able to advise you on pricing. We have seen it all too often where it's priced at what you think it's worth, by the time it sits there for six months, and then the price is lowered to where it should be, it then sells.

Shane said - In the last week, we have seen a lift in demand for Feed Barley and Triticale. If you have any in a Silo or Grain Bag, it would be worth listing as we have a few buyers keen to lock in some tonnages all depending on price and location.

Jack has had good success selling Cows and Calves this week. See the FTLE report below

The main sellers on the Grains front were Feed Barley (around $220 Ex Farm) and Triticale (around $250 Ex Farm). Surprisingly there was a bit of interest in Seed this week.