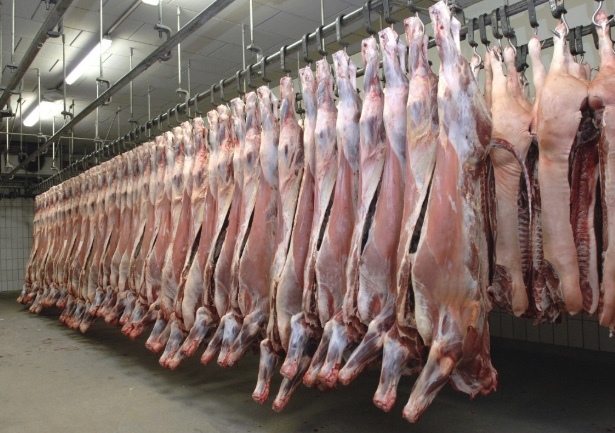 Inghams Thomastown is the latest processing plant to temporarily close to due COVID-19 cases. Five employees tested positive for COVID-19 at the site this week prompting its closure. Inghams CEO, Jim Leighton, said, “the closure of Thomastown is a proactive step taken on our part, and we are well prepared to manage through this disruption.”

JBS Australia's Brooklyn plant, Somerville Retail Services in Tottenham, Australian Lamb Company in Colac and Midfield Meats in Warrnambool have all had to temporarily close operations due to COVID-19 cases amongst staff. The first abattoir to close due to COVID-19, Cedar Meats abattoir in Brooklyn, has been reopened for livestock processing for more than six weeks since it closed on May 1 2020.

DroneDeploy, a US-based drone software platform developer, has opened an office in Sydney. DroneDeploy works across a variety of different industries and offers services such as live mapping, drone data analysis and creating visual records of sites. The company has said it has mapped more than 60 million hectares globally including 2 million hectares in Australia. One of the programs developed by DroneDeploy  analyses drone footage of cropping fields and assist in the decision-making process of when to apply pesticides.

Beston Global Food Company has started work on its $12.5 million expansion of its lactoferrin factory at Jervois, South Australia. The company first announced the development to quadruple production to 12 tonnes per annum at the site in May 2020. Beston Global Food Company has plans to eventually expand the production capacity at Jervois to 20 tonnes per annum in the longer term. Two new lactoferrin drinks, Immune+ and LifeX10, developed by the company will be released to the market next month.

Nearly 100,000 hectares of land across three parcels is set to be released by the Northern Territory Land Corporation for agricultural development. The parcels - the Keep Plains Agricultural Development (67,500 hectares), Wildman Agricultural Precinct (26,000 hectares) and Larrimah Agricultural Precinct (5,712 hectares) - are located near the Western Australian border. The land offers opportunities to establishing a variety of commercial broadacre crops alongside horticulture development (e.g. bananas, mangoes, citrus and melons), forestry and cattle production. NT Farmers Association CEO, Paul Burke, highlighted that the land would not necessarily go to the highest bidder, rather, "It will go to the one that can give the most economic benefit for the Territory, the most jobs, the most innovative approach to agriculture, and it's about diversification about what we currently do."

A 50 megawatt renewable energy project has been proposed for Mount Isa, in north-west of Queensland. Vast Solar is the company looking to develop the plant which would combine a solar photovoltaic (PV) system, a large-scale battery, and gas engines with solar-thermal power technology using mirrors and receiving towers. Vast Solar CEO, Craig Wood, has said the plant would complement the CopperString 2.0 project, a proposed high-voltage transmission line that would connect Mount Isa to the national electricity grid. Vast Solar has suggested construction of the $600 million project is estimated to begin in the first half of 2021.

McCain Foods has begun construction of a 8.2 megawatt renewable energy system at its Ballarat facility. The $24 million project with combine solar and co-generation technology and be an essential step towards making the Ballarat plant carbon neutral. McCain Foods has committed to reducing their CO2 emissions by 50 percent by 2030, ceasing any reliance on coal by 2025, and having 100 percent of our plants powered by renewable electricity by 2030.