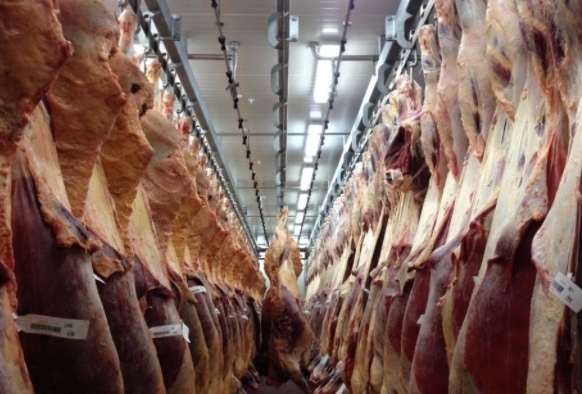 Wine Australia has released a special update on wine exports to the end of April outside their usually reporting framework to keep the sector informed during the COVID-19 pandemic. The data shows that compared to 2019, exports from January to April declined by 5 percent to $730 million for the period. Impacting this has been a reversal of the trends at the high and low ends of the price spectrum. Exports at below $2.50 per litre increased by 2 percent to $158 million while those at $10 or more per litre declined by 7 percent to $218 million. The increase in demand for lower value wine reflects current demand trends in Australia's top three export markets of mainland China, the United States of America and the UK. These markets account for two-thirds of the total value of exports and each have been impacted by the COVID-19 pandemic to varying degrees.

The Signature Beef processing project has received a $24 million loan from the Federal Government's Northern Australia Infrastructure Facility. The loan will be used to build a $37 million specialised beef processing facility near Clermont, in the Central Highlands of Queensland. It is estimated that the development will add $63 million to the broader Clermont economy, creating 200 construction jobs and up to 70 ongoing jobs. The Signature Beef project is being developed by Blair and Josie Angus and family.

The Indonesia-Australia Comprehensive Economic Partnership Agreement (IA-CEPA) comes into effect on 5 July 2020. The new trade agreement will provide new opportunities for Australia's fresh vegetable exporters (among other industries benefited by the agreement) within the Indonesian market. AUSVEG national manager – export development Michael Coote said, “The agreement to increase import quotas and decrease tariffs for carrot and potato exports – two of the Australian vegetable industry’s key export crops – should lead to an immediate increase in the trade of over AUD$15 million in annual trade, an increase of over 300 percent in current trade values of fresh vegetables to Indonesia.”

China has imposed an import ban on four Australian abattoirs, over ‘labelling and documentation issues. The affected facilities include Kilcoy Global Foods, JBS' Beef City and Dinmore facilities, and the New South Wales' Northern Cooperative Meat Company at Casino. In total, the four suspended plants have a daily kill capacity of around 6,600 head per day. The key commonality between these plants is their heavy orientation towards higher-value chilled product, as opposed to frozen. The company's are in the process of shifting product now to alternative markets.

Although the season has improved for large parts of eastern Australia, beef producers restocking after the drought are struggling to get back into to the market due to a smaller national cattle herd. The reality of having feed but no cattle has driven some producers in southern Queensland and northern New South Wales who would typically deal in British and European breeds to look north to find stock. Increased numbers of cattle with Bos Indicus content from as far north as Charters Towers have subsequently started moving south. Elders livestock manager - northern zone, Paul Holm, said, "Bos Indicus cattle purchased at reasonable rates are presenting some of the best trading margin opportunities at the moment."

Keytone Dairy, a New Zealand food and drink manufacturer, having recently raised $12.5 million has acquired Australian fudge bar manufacturing operation, AusConfec, for $2.25 million. The purchase of the business will allow the company to bring production of its Super Cubes wholefoods bar manufacturing operations in house. Keytone Dairy has said further acquisitions or joint ventures were possible, with the company involved in further discussions.