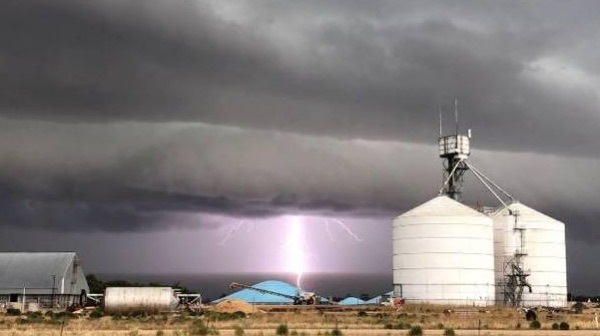 The harvest to date has been punctuated by weather interruptions throughout the cropping belt of New South Wales and Southern Queensland. From all reports it hasn’t been a question of did you get rain, but more of how much was received. As tends to happen when it rains at harvest, calls of quality issues, falling number machines, and feed wheat get thrown around with reckless abandon. As the forecast continues to point to a wetter than average period, we will undoubtedly hear these phrases again. Fingers crossed that most can get their crop off without too many more events and thankfully to date, a deterioration in quality has largely been avoided with the protein levels in wheat surprising many both before and post the rain.

Unsurprisingly the weather has had a tangible effect on markets, both with spreads reacting as well as spot prices being pushed and pulled by the availability of suitable grain. Consequently, there have been opportunities in the spot market through New South Wales and Southern Queensland as both traders and to a lesser extent domestic consumers find themselves short against requirements. The APH1 market into Brisbane probably saw the most fireworks rallying $25/mt over the past two weeks to now having settled somewhat around $8-10/mt off it’s high. On the other hand, the SFW market onto the Downs for nearby delivery has lagged the run up in the protein market as everyone watched the clouds waiting to see what affect that had on quality. Furthermore, as is common for this time of year, the domestic consumer has largely been focused on barley into their ration.

As outlined above price action over the last few weeks has principally been driven by weather and the availability of suitable grain. It’s entirely possible that provided the weather stays clear for a reasonable amount of time that price action will be determined by the level of grower engagement through New South Wales and Queensland. On balance, growers were more heavily sold heading into the 20/21 harvest than they had been in previous seasons and barring any significant quality event, current gross margins would point towards further grower selling. The conditions and shorts have seen some notable spreads open up between fixed and multi grade bids on wheat which could remain in place as harvest moves south.

On the export front, bulk interest for wheat from the eastern states has been moderate with some business being booked over the last couple of weeks though barley is quiet. Activity in barley has largely been centred around the domestic consumer with the rest asking, where is the malt premium? On the canola front, not a lot to report from the export side though there has been some activity from the domestic crusher. The container trade continues to tick along subject to fluctuations in the Australian dollar. As news stories are littered with references to elections and further breakouts of the pandemic across the world, expect that foreign exchange markets will remain erratic in the short term.