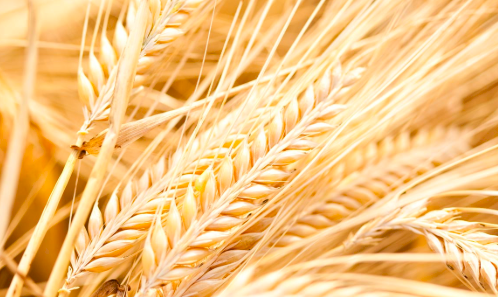 As we see off the month of June and for most people, the end of sowing, the BOM reports that last month produced above average to very much above average rainfall for a large part of the New South Wales cropping belt. Undoubtedly there are some that would appreciate a top up, however the general consensus is that a few days of dry weather would be a welcome break. This may eventuate as a high pressure system begins to dominate over New South Wales towards the middle of the month. Around the rest of the country, Queensland is looking ok, Victoria and South Australia received some welcome rainfall through the month of June and Western Australia is ticking along nicely. There has been plenty of discussion around the Western Australian crop and just how good the start has been in that state.

The key news event out of the last week was the USDA stocks and acreage report which caught the market off guard and had all futures exchanges rally higher. The big surprise came with US corn planted acres being reported as 92.7M which was well below market expectations that were pegged at 93.8M. This had US corn futures close limit up with most other grains and oilseeds following the charge higher. US soybean planted acres also came in below expectations supporting that market. There is certainly very little room for error in these two commodities this year with conditions currently not pointing to the yields the USDA has in their figures to solve the SnD. Wheat had its own challenges where stocks were lower than anticipated but acres were higher. Perhaps confused by those two factors, wheat looked to corn and beans and rallied in sympathy.

The big rally in futures late last week had local cash markets falter for a day as the trade sought to establish fair value, which is not uncommon after such a large overseas move. Somewhat unsurprisingly the old crop markets barely moved a whisker as there appears to be ample cover on by the domestic consumer across the East Coast and most people focused on execution. Despite a couple of small blips, old crop feed barley has traded a $5/mt to $10/mt range in the Port Kembla zone for weeks now hovering around that $280/mt delivered port. With the trade focusing on executing stocks held in the system and the bulk of the unsold old crop stocks being held on farm, the question remains as to how much will be carried through into new crop.

On the new crop, wheat basis came under significant pressure as the move in futures outstripped what was reflected in cash markets here with confidence building in the size of the New South Wales crop. Grower engagement on new crop wheat has been consistent as conditions generally continue to improve across the grain belt and understandably, the grower has been less interested in selling new crop barley. Canola is unquestionably the standout with prices across the country spending most, if not all, of the last month or so in the decile 10 price range.