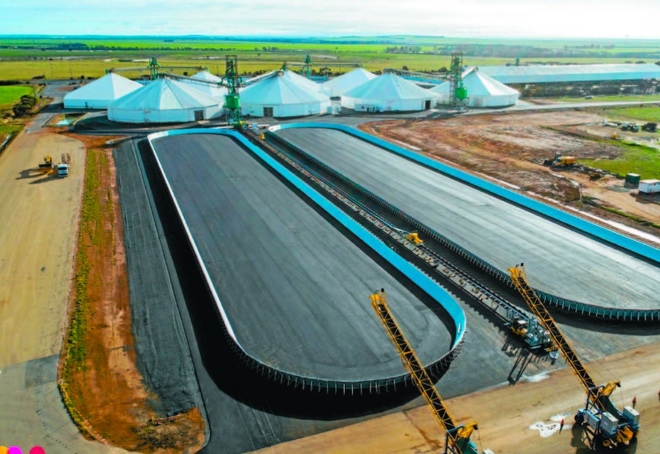 * Tonnes stated are accurate as of Friday morning, 4 December.

Western Australian growers have delivered more than 10 million tonnes of grain into the CBH network after an additional 2.5 million tonnes were received this week.

Chief Operations Officer Ben Macnamara said while some growers, particularly in the Geraldton Zone, were starting to complete their harvest programs, there was still about 30 per cent of the crop yet to be delivered across the grainbelt.

"The outlook for this year's harvest has improved significantly as growers have progressed through their programs, with many realising greater yields than anticipated," Mr Macnamara said.

"This is a really positive outcome following last year's below average harvest, and we've been able to receive these large volumes faster than ever before.

"We expect deliveries to slowly drop-off in northern parts over the next couple of weeks, while harvest will continue in the Albany and Kwinana South zones over an extended period."

The market retreated this week in line with a weaker CBOT, a strong Australian dollar and a larger than anticipated Australian crop. Additionally, the news yesterday that India could export up to 5 million tonnes this year after winning business to Bangladesh at competitive values has had an impact. As a result, grower prices for APW wheat fell by approximately $10 per tonne to $310-312 per tonne free in store (FIS) Kwinana. This is about a $45-$50 per tonne reduction in prices since the end of October and at these levels, there is only select selling from growers as they look to sell other commodities. Internationally, interest remains across Asia, with several flour mills looking to finalise their 2021 first-quarter demand and look to the second quarter. Feed interest for ASW or lower grades has also been seen as it competes well against corn into the Asian region.

Barley prices also retreated over the past week, with grower prices down $8-10 per tonne to $255-260 per tonne FIS Kwinana. Growers have continued to sell barley straight off the harvester, with some players still having shorts to fill. Australian feed barley has ongoing interest both from the Middle East and Asia at current prices, which is required to move the record large Australian barley crop, which is now expected to exceed 13 million tonnes.

The canola market drifted lower this week to $635 per tonne FIS Kwinana with the trade covering shorts and uncertainty surrounding future European demand continuing, as COVID-19 potentially slows biodiesel demand. Growers appear well sold, as attractive prices have encouraged them to forward sell throughout the season, with the remaining tonnes sold at harvest. The canola harvest is almost complete.

Oat prices have been under pressure with grower prices now in the $270-280 per tonne FIS Kwinana, down approximately $8-10 per tonne. A stronger Australian dollar combined with competition from eastern Australia has contributed to lower values.