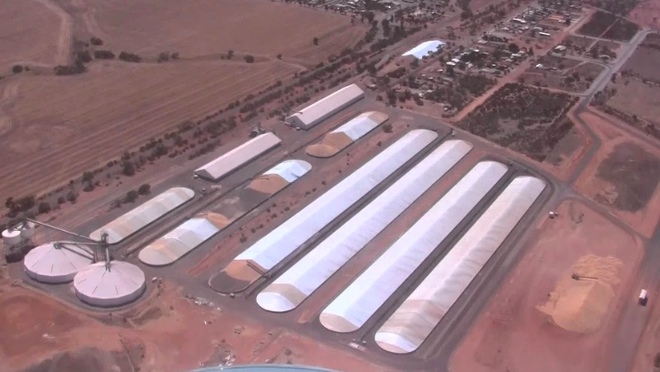 Please note: This will be the final Harvest Report for the 2020-21 harvest. Further harvest information will be available upon request.

* Tonnes stated are accurate as of Friday morning, 18 December.

Western Australian growers have delivered more than 14 million tonnes of grain into the CBH network, passing the 5-year receivals average in the face of challenging seasonal conditions.

Chief Operations Officer Ben Macnamara said while there was still grain to be delivered, the 2020-21 crop had already surpassed expectations and was now above the 5-year receivals average of 13.9 million tonnes.

"For Western Australian growers to produce an above-average crop in a year when rainfall and availability to subsoil moisture has been well below-average is a remarkable achievement," Mr Macnamara said.

"It's a testament to the advanced and innovative farming practices adopted by our growers, and the resilience of our grain varieties.

"It's a particularly pleasing result after a difficult season last year, and some welcome news to finish 2020."

Mr Macnamara said several sites would close for the season over the next fortnight as receivals continued to taper-off.

"I'd like to wish growers who are finishing their programs a safe and smooth end to the harvest period, and all WA growers an enjoyable and relaxing festive season."

The Western Australian wheat harvest is approximately 85-90 per cent complete, with the majority of the remaining crop in the lower Kwinana and Albany zones. Growers have slowed down their selling this week as the grower market strengthens, with prices up $5 per tonne to $322 per tonne free in store Kwinana. Over the past 10 days we have seen prices lift $20 per tonne on the back of Russia introducing an export tax from February 2021. The export tax will remain in place until the Russian new crop in June/July, giving Australia the opportunity to capture demand during the first half of the year. The Australian trade is indicating is has sold-out for the first quarter of 2021, with some also sold-out to May, demonstrating positive end-user demand. With the Western Australian crop looking to exceed 9 million tonnes, the Australian crop is now expected to be closer to 35 million tonnes, the largest since 2016-17.

The barley market traded sideways this week as the trade saw limited end-user demand and a lack of grower interest in selling additional quantities. This week, grower prices for feed hovered around $260 per tonne free in store Kwinana and showed little sign of breaking out in either direction. A few quiet weeks are anticipated as growers wrap-up harvest and look to go on holidays. In addition, most end-users are covered for the first quarter of 2021, so may take a break until the New Year.

Canola firmed this week with grower prices ending the week at $635 per tonne free in store Kwinana. While prices are still some way from the $670 per tonne paid earlier in November, values have stopped drifting lower. Strong demand for vegetable oils, particularly in China, is seeing a overseas crushers in Canada, the Middle East and potentially Europe re-directing oil stocks to China at very attractive margins. While this demand remains, we anticipate prices will stay relatively buoyant in the short-term.

Prices drifted sideways this week around $275 per tonne free in store Kwinana, as both domestic end-users and exporters fill their short-term demand. Competition from eastern Australia remains, however logistical constraints along the east coast are likely to be favourable for demand from Western Australia.