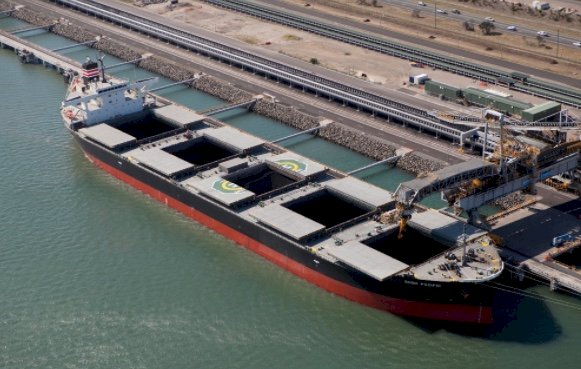 Amid the global uncertainty created by Russia’s unprovoked invasion of Ukraine, the United States Department of Agriculture was always going to embrace a cautious approach to this month’s World Agricultural Supply and Demand Estimates.

The latest WASDE report was released on Wednesday of last week, but any market impact was entirely overshadowed by the ongoing volatility stemming from Putin’s war of aggression against its eastern neighbour Ukraine, once a pivotal part of the former Union of Soviet Socialist Republics for which Putin still deludes.
A few hours before the USDA released its March WASDE report, the Ukraine government announced an export ban on wheat, corn, sunflower oil, oats, rye, barley, sugar and cattle as authorities work to ensure they can feed the people during the escalating conflict with Russia.

And on Friday of last week, The Kremlin announced it was suspending exports of wheat, meslin, rye, barley and corn to the Eurasian Economic Union (EAEU) until August 31, in a move to secure its own domestic supplies. The current EAEU member states are Armenia, Belarus, Kazakhstan, Kyrgyzstan and Russia.
Millers in Kazakhstan were quick to react, asking the government to ban wheat exports due to critically low domestic supplies. Kazakhstan has had a strong export program into other Central Asian countries and can no longer rely on imports from Russia to meet the domestic shortfall through to the new crop harvest due to the EAEU export ban.

The USDA’s March wheat outlook for the 2021/22 marketing year is for higher production, decreased trade and consumption, and higher ending stocks. Global production was increased by 2.1 million metric tonne on the back of an increase in Australian output from 34MMT to 36.3MMT. The USDA took its lead from the Australian Bureau of Agricultural and Resource Economics and Sciences, which increased its production estimate earlier this month. While it may be a record production number, it is still at least 3MMT shy of reality.

Worldwide wheat exports were decreased by 3.58MMT, and unsurprisingly the Black Sea Region copped a haircut. Russian and Ukraine exports were lowered by 3MMT and 4MMT respectively to 32MMT and 20MMT. Nobody knows the true impact of the Russian invasion on Black Sea exports; suffice to say that the longer it goes on, the greater and more prolonged the negative impact.

The cut to Black Sea exports was partially offset by a 2MMT increase in Australian exports to a record 27.5MMT for the October 1, 2021, to September 30, 2022 period. The other significant increase was India, which has been taking full advantage of this season’s high price environment. The country’s wheat exports are forecast to increase by 1.5MMT to a record 8.5MMT on the back of a record crop which the USDA pegged at 109.59MMT.

Interestingly, it seems that US wheat isn’t even a contender to assist the tightening global wheat equation despite the significant reduction in Black Sea exports. In fact, the USDA decreased US exports for the current marketing year from 22.05MMT to 21.77MMT. US export activity has hardly blinked since the Russian invasion commenced almost three weeks ago, with the latest export data quite underwhelming given the global circumstances.

Global barley production was increased slightly from 145.79MMT to 146.14MMT. Again, it was Australia who was the big mover with the USDA calling the local crop 13.7MMT, 0.7MMT higher than the February number, and in line with the latest ABARES estimate. Countering that increase was a 0.3MMT decrease in Ukraine output to 9.9MMT.

On the trade front, international barley exports are forecast to increase by 0.57MMT to 34.68MMT. Australia accounts for almost all of the increase, with shipments expected to rise from 8.5MMT to 9.0MMT in the twelve months to September 30 this year. An export increase of 0.2MMT to 1.8MMT for Canada was entirely negated by a matching decrease for Ukraine exports to 5.8MMT. The other mover on the USDA's barley trade matrix was Moldova, Ukraine’s small south-eastern neighbour, where exports are estimated at 0.15MMT, up from 0.08MMT last month.

The USDA increased worldwide canola production by 0.5MMT to 71.12MMT, down more than 2MMT year-on-year. Australian production was raised by 0.85MMT to a record 6.35MMT, 48.4 per cent higher than last year’s record crop of 4.28MMT, while the European Union output was trimmed by 0.2MMT to 17.15MMT. Total global trade was unchanged at 13.73MMT, however, Australian shipments were increased by 0.4MMT to a record 4.8MMT on the back of the massive crop.

Australian sorghum production was increased by 0.3MMT to 2.3MMT, accounting for the entire increase in global output of 65.6MMT. Australian exports increased by 0.2MMT to 1.6MMT, the sole contributor to a worldwide export increase of the same magnitude to 12.73MMT in the marketing year ending September 30.

The USDA’s 2021/22 export forecast begs a huge question of Australia’s shipping capability. In the twelve months to September 30, 2021, Australia exported 23.72MMT of wheat, 7.92MMT of barley, 3.44MMT of canola and 1.2MMT of sorghum; an aggregate export program of 36.27MMT. However, one must remember that the Australian pipeline was empty leading up to the 2020 harvest, and combined exports for the four commodities in the first two months of the marketing year were only 1.61MMT. In October and November of last year, they totalled 4.98MMT.

The USDA has pencilled Australia in for a total of 42.9MMT in the year commencing October 1, 2021. Using the period from December 2020 to November 2021 as the best recent proxy for Australia’s grain export capability, the total for the four key commodities was 39.65MMT, a difference of 3.25MMT, or an additional five panamax vessels per month across the entire season. The new crop program has ramped up very quickly following a record harvest with 3.55MMT of exports in December, including some old crop sorghum. January was even better at 4.18MMT, the biggest month, and only the second above 4.0mmt, since March 2017.

While I have no doubt that there is enough elevation capacity around the country to load out 42.9MMT, the logistics network and mother nature will potentially let the team down. The drenching rains across the eastern states in the last three weeks is a case in point. On the flip side, this season’s export margin environment provides an enormous incentive for marketers and exporters to find a solution to all impediments and maximise 2021/22 exports.