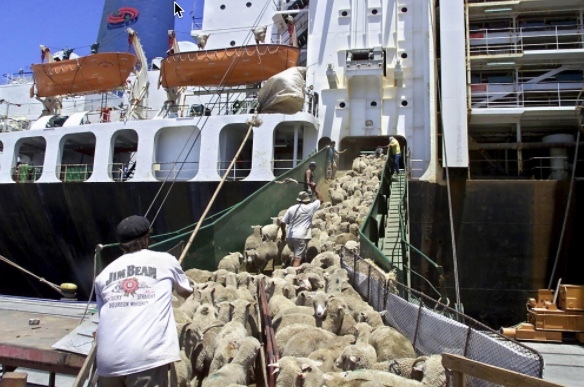 Results at a glance:

• Concerns about impacts of COVID-19 have dented farm confidence, but the sector remains overall still upbeat about the year ahead

• Uncertainty about trade, the global economy and impacts on commodities - such as wool, beef and barley - has brought farm sentiment back from historic highs recorded earlier in the year

Uncertainty about the impacts of COVID-19 has taken the gloss off farmer confidence, but positive seasonal conditions and solid commodity prices in most sectors are keeping farmers’ spirits up, the latest Rabobank Rural Confidence Survey has found.

The results of the latest quarterly survey, released today, reveal rural confidence has retreated from the historic highs recorded earlier this year due to concern in some sectors about the potential impact of the pandemic on commodity pricing and trade.

Yet continued rain since February in many parts of the country is sustaining the forecasts for strong income expectations and investment intentions, with farmers still considerably upbeat about the future outlook for agriculture and their own businesses.

The survey, completed last month and taken at the height of the coronavirus restrictions, found 33 per cent of farmers surveyed nationally expect conditions in the agricultural economy to improve over the coming year, down from 46 per cent with that view in the March quarter. Farmers expecting a deterioration in business conditions increased to 23 per cent (from 15 per cent last quarter), while 37 per cent expect conditions to remain the same (slightly up from 32 per cent previously).

Falling commodity prices were cited by nearly half (47 per cent) of those expecting conditions to worsen, while the impact of COVID-19 was identified by 26 per cent of producers.

Farmers in NSW have defied the national trend, with positive sentiment about the coming year increasing compared with the last survey, overwhelmingly due to the continued improvement in seasonal conditions and winter cropping activities.

Higher water availability ahead of the 2020/21 cotton season, and a wetter-than-average three-month outlook, has triggered a major turnaround in farm sentiment for cotton producers, now the most confident sector about prospects for the coming year.

Rabobank Australia CEO Peter Knoblanche said uncertainty about COVID-19 was undoubtedly hanging over the farm sector at the moment and had “taken the shine off historically-high levels of confidence” recorded at the start of this year.

Mr Knoblanche said farmers were otherwise upbeat about production and income prospects, especially given the widespread improvement in seasonal conditions and continued strength of commodity markets.

“The combination of greatly-improved seasonal conditions and good commodity markets means Australian farmers are still quite positive about business conditions despite the broader business impacts and disruption caused by the COVID-19 outbreak,” he said.

“Winter cropping activities are in full swing and the forecasts already are for a bumper harvest, which is really positive news for the nation’s crop farmers after so many years of drought.”

“Livestock rebuilding is also underway and confidence among beef and sheepmeat producers is generally very good, particularly in light of excellent prices at the moment.”

In addition, he said, the agricultural sector had also been benefiting from a relatively lower Australian dollar and historically low borrowing costs.

NSW was the only state to report an upswing in confidence this quarter – bucking the national trend – with the impacts of COVID-19 contributing to a downturn in confidence in all other states.

The fallout from the pandemic has not had any significant influence on overall rural confidence in NSW, despite more than half of the state’s farmers surveyed conceding COVID-19 or related restrictions had negatively impacted their business in some way.

In Tasmania, a fall in sentiment has taken the gloss off what had been a stellar start to the year thanks to a timely alignment of good seasons and strong commodity prices.

Across the state, 46 per cent of Tasmanian farmers said they expect little change in their business conditions over the coming 12 months compared with 25 per cent at the start of the year. And the percentage of farmers expecting conditions to worsen is relatively unchanged at 29 per cent.

Overall 24 per cent of South Australian farmers expect conditions to improve in the coming 12 months, with 78 per cent of these respondents crediting the season for their outlook. Commodity price volatility was a concern expressed by SA farmers.

Uncertainty surrounding COVID-19 has diminished early-year optimism in the west, with 22 per cent of Western Australian farmers expecting an improvement in business conditions over the next 12 months, down from 31 per cent last quarter. The proportion expecting farm business conditions to worsen in WA doubled from 12 per cent to 24 per cent.

For Queensland, while confidence has also retreated, sentiment remains higher than during 2019 and in line with levels last seen in late 2018. Those expecting conditions to improve dropped to 24 per cent from 57 per cent earlier in the year while 27 per cent expect conditions to worsen, from just 13 per cent last quarter.

Autumn rainfall across much of the Murray-Darling Basin, coupled with a positive winter rainfall outlook, has revived cotton cropping prospects, with cotton the most optimistic sector in the country. This quarter, 44 per cent of cotton farmers expect conditions to improve, up from 27 per cent in March.

That strong sentiment is closely followed by the grains industry, with 42 per cent of growers nationally reporting an improvement in business sentiment, almost entirely seasonally driven.

Sentiment is strong among beef producers, with 35 per cent positive about an improvement in conditions, buoyed by strong commodity prices.

Sentiment in the sheep sector has deteriorated, mainly due to wool prices, with 23 per cent of sheep farmers reporting an optimistic outlook on the year ahead (down from 36 per cent in March) and 36 per cent expecting business conditions will worsen – up sharply from 18 per cent.

Trade uncertainty is affecting sentiment in the dairy sector with a significant increase in the number of farmers expecting conditions to worsen – 31 per cent now compared with 13 per cent in March.

Over the next 12 months, 33 per cent of farmers surveyed said they expect their gross farm incomes will increase (down from 38 per cent with that view in the previous quarter) while 36 per cent expect incomes will remain the same over the year ahead.

In NSW, where drought recovery is most pronounced, 45 per cent of farmers expect incomes will increase over the year ahead, while 49 per cent of grain farmers nationally are expecting an upturn in incomes.

On a national basis, 25 per cent of those farmers surveyed intend to increase investment in their enterprise, either on farm or through expansion.

The trend for increasing investment was highest amongst farmers in Tasmania where 33 per cent intend to invest more this year, while 43 per cent of cotton growers and 33 per cent of dairy farmers said they will increase their business investment.

“This level of investment is a sign there is strong underlying farm confidence in the year ahead and beyond,” Mr Knoblanche said.

“With seasonal conditions on the side of the farm sector this year, farmers are looking forward to increased returns and being able to invest in their enterprises.”

This quarter, farmers were asked specifically about the impact of COVID-19 and related restrictions on their farm businesses.

Interestingly, while a large number of respondents attributed volatile commodity markets and COVID-19 as a key reason behind worsening sentiment for the year ahead, 44 per cent of farmers said COVID-19 and related restrictions had had no direct impact on their business.

This was split evenly with those who identified a ‘minor negative impact’ on their business (also 44 per cent), while a ‘major negative impact’ was cited by eight per cent of respondents. Impacts included problems obtaining supplies, supplies being more expensive and not being able to go to sales and auctions.

“While most farm businesses have fortunately not suffered too much disruption during the government-imposed lockdown, many farmers are nervous about the impact of the pandemic on markets, trade and the broader economy in the months and years ahead,” Mr Knoblanche said.

A comprehensive monitor of outlook and sentiment in Australian rural industries, the Rabobank Rural Confidence Survey questions an average of 1000 primary producers across a wide range of commodities and geographical areas throughout Australia on a quarterly basis. The most robust study of its type in Australia, the survey has been conducted by an independent research organisation interviewing farmers throughout the country each quarter since 2000. The next results are scheduled for release in September 2020.

Rabobank Australia & New Zealand is a part of the global Rabobank Group, the world’s leading specialist in food and agribusiness banking. Rabobank has more than 120 years’ experience providing customised banking and finance solutions to businesses involved in all aspects of food and agribusiness. Rabobank is structured as a cooperative and operates in 40 countries, servicing the needs of approximately 10 million clients worldwide through a network of more than 1000 offices and branches. Rabobank Australia & New Zealand is one of Australasia’s leading agricultural lenders and a significant provider of business and corporate banking and financial services to the region’s food and agribusiness sector. The bank has 93 branches throughout Australia and New Zealand.