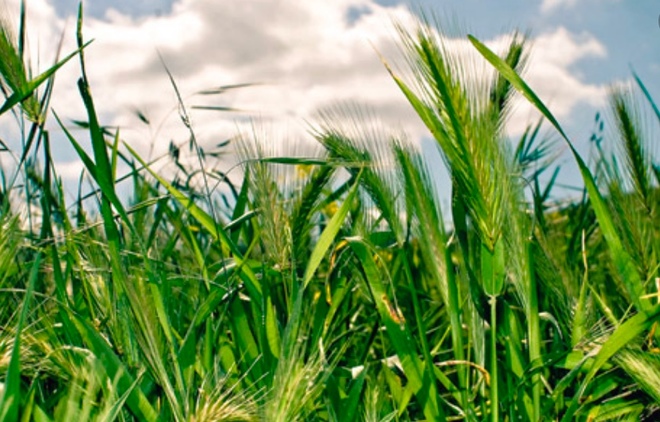 Barley grass has a number of tactics up its sleeve to help evade both herbicide and non-herbicide weed control methods. This has made it a weed of interest for the University of Adelaide’s Weed Science Group, led by Associate Professor Gurjeet Gill, who are investigating the ecology of emerging weeds in the low rainfall zones of southern Australia.

With investment from the GRDC, Dr Gill and his team analysed the dormancy traits and herbicide resistance status of 146 random samples of barley grass collected by agronomists in WA, SA, Victoria and NSW in 2018.

There were also large differences between the populations in the level of seed dormancy as seen by the timing of seedling emergence in autumn. Barley grass populations from the Eyre Peninsula in particular were much slower to establish than those from other low rainfall regions. Late emerging weeds can escape weed control with knockdown herbicides.

In a later study, growers from the Eyre Peninsula Agricultural Research Foundation (EPARF) collected samples of barley grass seed in 2019 from paddocks where growers had experienced difficulty in controlling barley grass with herbicides. These samples were tested for resistance screening in 2020.

Resistance screening of barley grass from suspect paddocks on the Eyre Peninsula, SA.

Herbicide resistant barley grass shows no response to a high rate of the commonly-used Group A herbicide, quizalofop (right) compared to a plant from a susceptible population (left).

The same populations were also tested with Group B imidazolinone chemistry, which offers some activity against Group A resistant barley grass, although one of the EP populations was completely resistant to the IMI herbicide. The good news is all of these populations remain susceptible to glyphosate and paraquat.

“Understanding how different barley grass populations behave is key to their management,” he says. “The seed dormancy and seed shedding traits of a population have important implications in terms of management options. Barley grass often evades pre-emergent herbicides through delayed emergence and at the other end of the season barley grass often sheds its seed before crop maturity, so harvest weed seed control is rendered ineffective in many circumstances.”

Barley grass is susceptible to strong crop competition, and on mixed farms Dr Gill says some farmers have had success using pyroxasulfone herbicide in wheat ahead of a pasture phase, where good grazing management can limit seed production in barley grass.