The news is pretty good 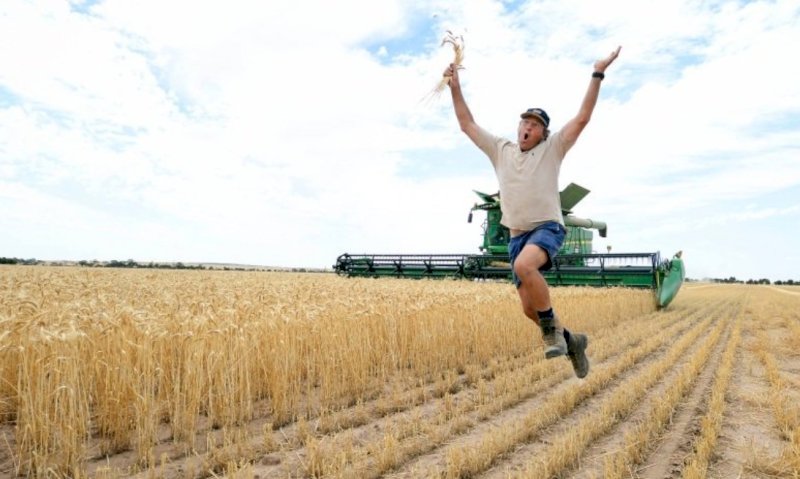 I listened to a very interesting podcast put out by Farm Owners Academy on the subject of Collaborative Farming. The interviewee was Jeff McDonald from Riverland Lending Services and Collaborative Farming Australia. I'm told Jeff is a font of knowledge on Ag Finance (he's an ex Banker), business structures, succession planning and the like. Farm Owners Academy uses Jeff to education their groups on the very important subjects mentioned above.

The crux of the podcast was around Collaborative Farming, and it's probably another subject we can explore another day. The podcast is well worth a listen to if you want to get "knowledged up" on how it all works and whether it's of interest to you.

But there were other parts of the interview outside the main topic that caught my ear.

Jeff, who works closely with the banks, says that the current Land price boom is 70-80 percent through its cycle. Then he expects it to flatten out for 5 years before the next spike. So going by that, there is still further rises to come.

He said, with current commodity prices at record levels (for the goods we sell), and even with high prices for inputs, that Land is still good value with interest rates the way they are currently.

He also had some favourable news on interest rates, believing that we only have a 1 to 1.5 percent rise coming at best over the next 5 years. With all the commentary about higher rates (through inflation), this would be a good outcome and hold the Ag sector in good stead going forward.

Jeff said the current prices for Livestock are the new normal, and he is saying the same thing about Grain. That would be a shot in the arm if it was the new base. Get ready for even higher Meat, Bread etc.

One thing he did mention that Farmers aren't aware of until they start exploring, is that Banks will only lend you money to buy Land if you have the ability to pay the principal and interest off comfortably. It doesn't matter what sort of equity the Farmer has, if they can't pay for it over the required time, the Bank simply won't lend it.

We know through our sister business DelayPay how long it is taking Farmers to get an extension on an overdraft. Some have taken more than 6 months. The Equipment financing market has also got tougher. With lenders shying away from older Equipment. Timelines are frustrating also and the paperwork requirement is driving people mad.

Farmers are realists, and they know the next setback is just around the corner. You only have to look at what's happening with the floods down the Lachlan River and in other spots.

But if this sort of positive news comes to fruition, we might just see that long and sustained Ag and Food boom they were talking about.

And that is why it's so exciting to be involved in the industry right now.