The global reaction to Ukraine invasion must be swift… 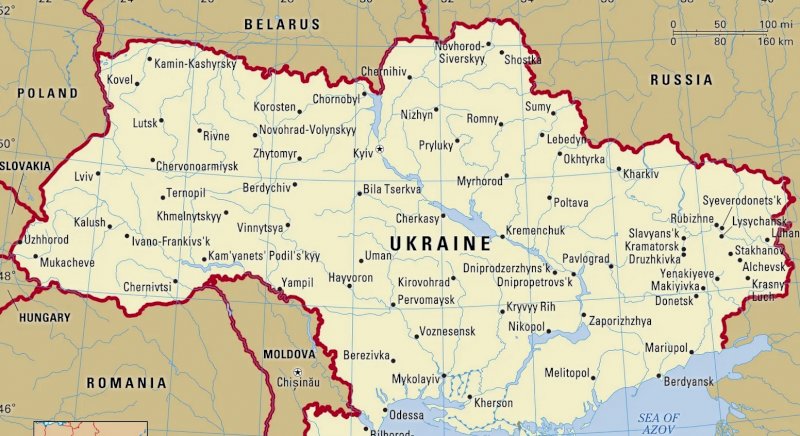 As Russian troops marched toward Kyiv last week, the Western World imposed a raft of economic sanctions on Russia, which they promise will make Vladimir Putin pay dearly for invading Ukraine. But the package was missing the one punishment that many market analysts regard as the harshest: ejecting Russia from the SWIFT global interbank payments system.

While Ukraine’s foreign minister, Dmytro Kuleba, made a passionate plea for an immediate ban, western leaders were split on the move which would deliver a giant blow to Russian banks and the country’s ability to trade beyond its borders. British prime minister Boris Johnson was very strident in his support of the move, and both the Canadian prime minister Justin Trudeau and Australia’s prime minister Scott Morrison voiced their strong backing.

However, German chancellor Olaf Scholz stated that his country and the EU had reservations about the action. And US president Joe Biden defended the wide-ranging sanctions package imposed last week, believing it would have a greater impact on the Russian economy and the targeted individuals than expulsion from SWIFT.

While it is still on the table and could be revisited at any time, he said it was not an option favoured by the EU last week. This is despite France, Poland, the Czech Republic and the Baltic States being early advocates. The fact that European lenders hold the majority of the US$30 billion in foreign bank exposure to the Russian Federation may be an influencing factor.

However, it appears the biggest concern for world leaders is the possible impact on international energy prices. Cutting Russia off from SWIFT would stymie the ability of Russian energy producers to receive payments for their oil and gas exports. Western leaders are reticent to disrupt oil and gas flows from Russia to Europe and the rest of the world and are working to minimise impacts to global energy markets for fear of escalating inflationary pressures in their own economies due to higher fuel prices.

SWIFT is an acronym for Society for World Interbank Financial Telecommunications and is a vital piece of plumbing that connects the world’s banks. Think of it as the Gmail of international banking, or as the French finance minister referred to it last week: “the financial nuclear weapon” in the West’s sanctions war chest.

Founded in 1973 to replace the telex system, the Belgium based consortium delivers secure messaging to more than 11,000 financial institutions and companies operating in more than 200 countries and territories across the globe.

In 2021 the system averaged around 42 million messages per day, an increase of 11.4 per cent on the previous year and included trade orders and confirmations for payments, trades and currency exchanges. It allows banks to move money quickly and securely, supporting trillions of dollars in trade flows and investment each year. Around 1.5 per cent of those messages are believed to involve payments to or from Russia.

It must be remembered that as powerful and universally accepted as SWIFT may be, it is purely a highly secure messaging system. SWIFT does not hold any funds or securities on behalf of transacting institutions, nor does it manage client accounts. It doesn't move the money; it merely moves the information about the money.

SWIFT assigns each financial institution a unique code with either eight or eleven characters. The code is interchangeably called the bank identifier code (BIC), SWIFT code, SWIFT ID or ISO 9362 code. The first four characters are the bank code, the next two are the country code, and the next two are the location/city code. The last three characters are optional, but some organisations use them to assign codes to individual branches.

Ejecting Russia from SWIFT would damage the country’s economy immediately. It would cut Russia off from a raft of international financial transactions, including proceeds from its oil and gas exports which account for more than 40 per cent of the country’s foreign revenues.

The concept is not new. The European Parliament passed a resolution on April 29 last year excluding Russia from the SWIFT system should its troops invade Ukraine. Although it may not be legally binding, it did not go unnoticed in the Kremlin. In August 2014, the United Kingdom appealed to European leaders to consider such an option as punishment for the annexation of Crimea. While it did not go ahead, Russia’s finance minister at the time, Alexei Kudrin, forecast such a move would shrink Russia’s GDP by 5 per cent.

Since then, the likelihood of this nuclear option being utilised has remained low, with Russia’s intricate interconnection with the West working as a shield. The United States and Germany would stand to lose the most if Russia were disconnected because their banks are the most frequent SWIFT communicators with Russian businesses.

Nevertheless, there was a major development over the weekend with the United States, European Union and the United Kingdom agreeing to place additional sanctions on the Russian financial system. Crucially, this includes excluding some Russian banks from the SWIFT payments system and disarming Russia’s Central Bank from using its foreign currency reserves. But the move did fall short of a blanket ban on Russian organisations from SWIFT.

The latest sanctions essentially prevent the Russian Central Bank from using the US$630 billion it holds in foreign reserves to support the rouble. The currency has fallen significantly since the invasion began, and this move commits it to further falls this week. And cutting some Russian banks off from SWIFT will stop them from conducting most of their international financial transactions and effectively block Russian exports and imports.

The measures are part of a new round of strategic financial sanctions designed to "hold Russia to account and collectively ensure that this war is a strategic failure for Putin." As the invasion escalates, so too will the sanctions.

But will the narcissistic despot fold to the international pressure, or will it reinforce the commitment to his dark fantasy of returning Ukraine to the motherland: I fear the latter, but sadly only time and more innocent Ukrainian lives will tell.