The Farm Tender Hay Report - The Scenario is this 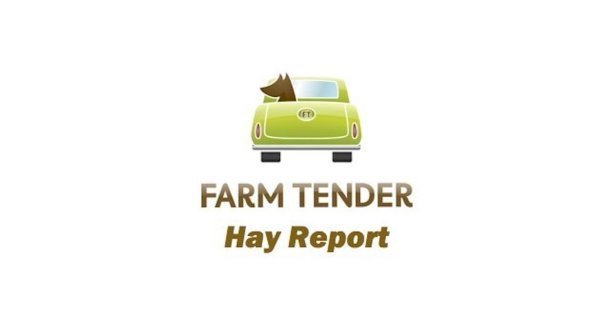 The scenario is this.

Hay demand is still subdued with only the hand to mouth stuff heading out the gate.

Harvest is where the focus is, with any Hay being done in-between times or specifically by third party Contractors.

The scenario is this:

Stockpiling the domestic Hay Crop is inevitable at this stage, sellers will just have to wait and bide their time.

The worry is that lesser quality Hay is going into the bale now. Can you imagine what it's going to be like in a year, or maybe even two years when it "might" be needed.

I know I do not sound real positive here, but that's the reality of the situations for sellers at least. It continues to be a buyers market.

Vetch Hay prices are sitting around the $200/mt mark.

There is a demand for Staw up and around the Qld/NSW Border.

Paul said - We are speaking to a lot of growers re the pricing and getting Feed Tests (which are a must this year). There is unfortunately not a massive demand for Hay at the minute with quite a few lines having suffered weather damage. We can expect to see a fair bit of this Hay on the market which could push the price down a bit. But if you were lucky enough to avoid the weather, your Hay should sell at a premium (nothing like we have seen in the past few years). Enquiry for good quality Hay is there, but the sellers aren't beating down the door. After Harvest things will settle a touch and we will get a much clearer picture of "the Job"...

Shane said - Shane was unavailable for comment as he was on leave at the time.

Mike said - Some areas of Western and North Western Qld are light on for Feed and are back in the market purchasing Feed for Stock. A reasonable parcel of Forage Sorghum Hay sold for $120/mt selling to the North Coast of New South Wales. With another parcel of Oaten Hay selling out of the paddock in Victoria to a local producer priced at $95 a tonne to clear his paddocks. There is a fair amount of Straw being baled in Northern New South Wales for local markets.

Jackie said - It's just been very quiet for Hay enquiry in my part of the world. It's a ripping Feed year, and the Spring continues to be a well-received long one. We are hearing that many Farmers might get two cuts of Silage this year.