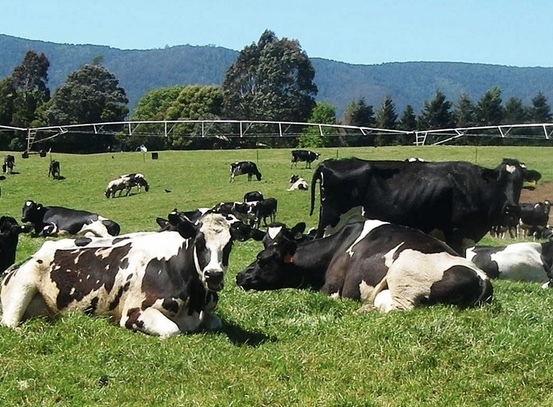 The dairy industry in Australia has struggled in recent years due to drought but Tasmania has bucked the trend with a record year for milk production.

The total is a 4.5 per cent increase on the year before and beat the previous record of 913 million litres set in 2018.

Joe Hammond from Legana was one of many farmers who made use of high rainfall and record milk prices and increased his own production by 8 per cent.

“We’ve been increasing about 10 per cent year on year for the last five years,” he said.

The state’s continued success is matched against an industry that has struggled nationally.

National production is expected to remain steady this year following an 8 per cent reduction the year before.

“I suggest it probably added somewhere in the vicinity of 30-40 million litres of milk on last year,” he said.

“The record milk price as well certainly enabled farmers to push on to the end of the season.”

Tasmanian farmers are also the most positive and profitable in the country according to the latest figures.

A June survey found Tasmanian farmers were the most optimistic in the country with 90 per cent feeling positive about their own businesses, compared to 67 per cent nationally.

The survey also found that Tasmanian dairy farmers are the most profitable with 91 per cent expecting to make a profit this year, compared to 70 per cent nationally.

The statistics were echoed by farmer Joe Hammond.

“The weather, the climate we have here … I think there is huge potential for dairy in Tasmania,” he said.

Tasmanian dairy farms are now the biggest in the country with an average herd size of 450 cows.

Mr Price said the continued investment of dairy farmers has been rewarded.

“There’s been significant investment in irrigation so we’ve seen a significant growth in cow numbers,” he said.