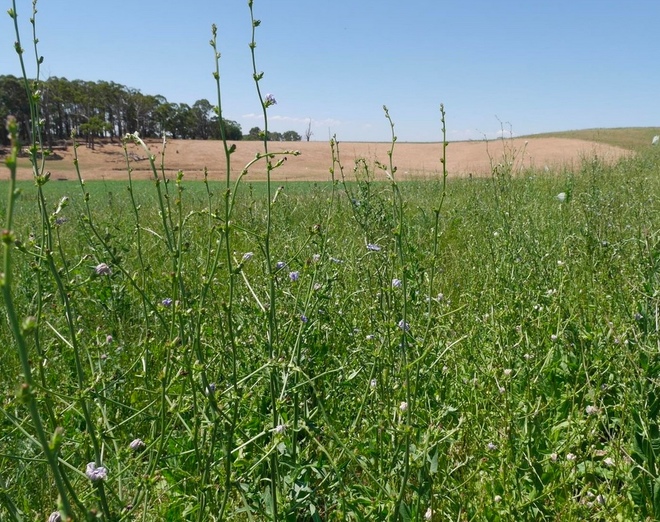 At a time when farmers are facing unprecedented challenges – drought, fires, floods and now COVID-19 – new income streams and improved productivity are welcome. News this week shows that soil carbon farming is delivering on both. Australia’s leading soil carbon project has just been issued with soil carbon credits for the second year in a row under the Australian Governments Emissions Reduction Fund (ERF).

Managing Director of AgriProve Matthew Warnken said, “We have measured an average annual increase in soil carbon of around 10 credits per hectare over two years which demonstrates that soil carbon farming works and can diversify farm income. Soil carbon farming has enormous potential to grow because it improves farm productivity and profitability while helping to reverse global warming.”

AgriProve, Australia’s leading soil carbon developer, and farmer Niels Olsen founder of the Soilkee Pasture Renovator led the world last year when they received the first soil carbon credits eligible under the Paris Agreement. Now they are leading again as this project receives its second round of credits for the Grounds Keeping Project in West Gippsland, VIC. Almost 2000 Australian Carbon Credit Units (ACCUs) have now been issued for the soil carbon project, including 1,498 credits in this second round issuance.

Mr Olsen welcomed the credits which he said reflect the results he is seeing on the ground. “Our productivity has increased, and we are getting dry matter yields of 20 tonnes per hectare”, which is double the regional average. “Our cattle get in-calf more easily, weight gains have improved, and our animals are healthier. We have more air and structure in our soils, there are more worms and fungi which cycle nutrients and the carbon holds more water in the soil.”

“There is an appetite for change in the farming community and landholders are showing a strong interest in soil carbon and regenerative agriculture”, Mr Warnken said. “AgriProve is customising the program to farms in different regions and contexts which is building more experience and confidence in the ability of farmers to participate in soil carbon projects. Ninety farmers have registered with AgriProve for soil carbon projects in the last six months and we expect this to scale rapidly.”

Queensland farmers and graziers have an opportunity to access new and diverse income streams through the Queensland Government’s $500 million Land Restoration Fund (LRF) . Mr Warnken said “I encourage all Queensland farmers to get involved in this great opportunity. The LRF is designed to help landholders turn carbon into income while restoring soils and vegetation.” The first application round for 2020 is open until 15 April. AgriProve can help farmers to:1) do a whole farm assessment to scope options at no cost to the farmer, 2) access annual stewardship payments and 3) create carbon credits. Visit www.agriprove.io or call 1300 GO SOIL (1300 467 645) to find out more.

Carbon credits are discounted in the first sampling round of soil carbon project as a trend line using two points is unable to be established. These discounts are ‘returned’ once an underlying trendline for the measurement of soil organic carbon is established.

AgriProve’s soil carbon projects are issued with a 25-year permanence period and must be maintained for 25 years after the issuance of the first carbon credits. There is a 20 per cent discount in the amount of credits issued which is seen as a preferable option compared to a 100-year permanence period entailing a century of commitment.

The AgriProve 20/20 Olsen Prize for Soil Carbon Farming recognises the Olsen family who was issued with the first soil carbon credits under the Emissions Reduction Fund (ERF) in March 2019 and gives farmers an incentive to match the Olsen’s achievement.

Regenerative Agriculture: The amount of carbon in the soil is in effect a scorecard for the success of regenerative farming practices. Soil carbon provides a pathway to commercialise regenerative practices to enable producers to access a premium supply chain while the public gains access to more nutritious food and a regenerating environment.