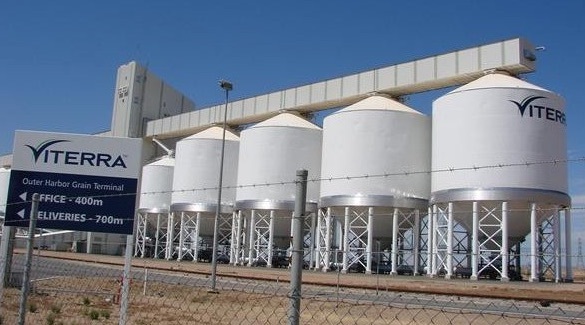 Receivals picked up slightly last week as we received close to 56,000 tonnes, and eight sites took their first loads for the season.

Last week’s deliveries took total tonnes of grain received for the 2020/21 harvest to over 100,000 and sites receiving grain to 33.

“Warehouse to cash enables growers to instantly sell their warehoused grain to a cash price online without needing to contact the buyer beforehand,” Michael says.

“In the first month of harvest over 10% of transfers were carried out using the new service.

“These transfers have been across multiple sites, commodities and buyers, demonstrating that it can be used by a wide range of grower and buyer businesses.

“We’ve received great feedback from both growers and buyers about how easy this new way to sell and transfer grain is, and we have had 10 buyers post prices so far this season.

“As deliveries into our network increase, we expect more growers to start using the new service and for it to become one of the key ways to transfer grain.”

“Good weather at the start of the week meant that quite a few of our sites across the region were busy; however, our receivals were impacted from Thursday to Saturday when temperatures dropped,” Nick says.

“Most of our sites have now had their first deliveries with our Penong, Streaky Bay, Warramboo and Wirrulla sites in the north of the Eyre Peninsula welcoming their first loads last week.”

“Harvesting activity was very slow at the start of the week following the rain, our sites got busier from Wednesday onwards once the weather improved and the crops dried out,” Jack says.

“The stop start beginning to harvest is causing some frustration for growers. We have been extending our opening hours and are focused on quick turnaround times to help growers make more deliveries during better weather. Everyone is hopeful the forecast will improve so harvest can really get going.”

Our Werrimull, Strathalbyn and Dooen sites in the east all received their first loads for the harvest last week.

“We have been testing samples for growers so expect more of our sites to receive their first deliveries in the next few days,” Jo says.

“There is a lot of positivity in the region for this harvest, from both growers and site employees, which is fantastic.”

First delivery into Dooen for the 2020/21 harvest being delivered by Jaden Caccianiga with Viterra Dooen Operator Josh Friend.

* This data is subject to variation due to individual site operations and the timing of reports.