Regional Australia is quietly shaping up as one of the rare winners.... 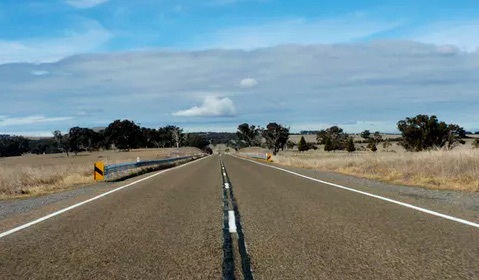 For almost a decade, Jo Palmer has been “shouting from the rooftops” about the business benefits of employing remote workers.

But even she couldn’t have anticipated the massive tailwind that would come in the past few months.

“It’s been the biggest leveller of the playing field for regional Australia,” Palmer says of the COVID-19 pandemic from her base in The Rock near Wagga Wagga, a NSW regional centre about three hours’ drive west of Canberra.

“It’s going to genuinely drive economic development in the regions.”

The managing director of remote jobs matching business Pointer Remote believes as the country emerges from the pandemic and recession regional Australia is quietly shaping up as one of the rare winners from the ensuing seismic social and technological shifts.

Transformations likely to have taken years have accelerated in just a few months – like the move by millions of Australians to working from home, sweeping reforms to telehealth and surging uptake of online stock auctions and farm clearing sales – along with their potential to propel long term benefits for the bush.

Palmer says the crisis is catalysing a “complete mindset shift” among many employers who previously thought remote working “just wouldn’t work”. She points to several studies showing employees compelled to “WFH” during the pandemic have stayed equally or more productive while enjoying the positives of increased flexibility and reduced commutes.

“This has meant people in the cities who’d always thought ‘This is it, my job won't let me be anywhere other than the city’, have been able to prove to themselves and their managers that ‘I'm still productive, I can still do my work, so now as a family we can go and live where we want’,” she says.

“But it’s also been a trigger for regionally based businesses to see new opportunities to access skills that are not physically available in their town so they can actually grow. And it’s meant individuals can access work they're qualified for from anywhere, rather than having to move.”

The winner of last year’s AgriFuture’s Rural Women’s Award, backed by Westpac, predicts this will be a “gamechanger” for regional economies, boosting population growth, bringing new professional and medical services, activating underutilised assets such as schools, and tackling underemployment among skilled regionally-based professionals.

Importantly, she adds it will help solve what she describes as “the problem of the trailing spouse”.

“Attracting a doctor to a rural town can be hard, not so much because the doctor doesn't want to come but because their spouse may not have career options in town,” Palmer explains. “But with this new remote working mindset, the spouse can either ‘BYO’ job or get a new remote job that uses their skills.”

Making the “tree change” to take advantage of many benefits had already been on the rise before COVID-19 hit.

According to a report last month from the Regional Australia Institute, the regions experienced a net inflow of 65,204 people in the five years to 2016 as more people moved away from capital cities than those who shifted to them, including the biggest cities of Sydney and Melbourne. Notably, more millennials moved away from the capitals, seemingly attracted to the cheaper housing, lack of commuting and community facilities, particularly in the bigger regional centres. CoreLogic this week revealed the combined regional median dwelling value was just under $395,000 in June compared to $641,671 across combined capitals (price also ticked 0.3 per cent higher in the past quarter in the regions compared to a 1.1 per cent fall in the capitals).

“Australian regional communities are also currently experiencing popularity with millennials who have never lived in regions previously,” the Regional Australia Institute report finds, highlighting career opportunities as a pulling factor. “Younger workers are attracted to regional areas by the promise of rapid career advancement – a factor that when coupled with more affordable housing and perceptions of regional and rural amenity can prove a powerful drawcard for regional communities.”

Palmer warns, however, that regional towns need to be “remote ready” if the shift to the regions is to be sustained, with the right physical and social infrastructure to entice and support an influx of remote workers.

To tackle this, Palmer has created a capacity building program, recently completing a pilot of the initiative in the Snowy Valleys funded by the Foundation for Rural and Regional Renewal, ahead of plans to roll it out in at least 30 more communities across Australia. It involves bringing local businesses, councils, chambers of commerce, business groups and influencers together for a series of virtual workshops and e-learning over six to eight weeks

“The aim is to get those key stakeholders to nut out how they can leverage this remote work thing and create the ecosystem needed to support a ‘remote friendly’ community,” Palmer says.

“What that looks like will be different for each regional town, but it might be that they choose to create a co-working space if they don’t already have one, to ensure they have adequate childcare, or that they create a series of meet-ups for people that are working remotely.”

Ultimately, her aim is to expand her job matching platform to include a “community finder” function, which will help remote-ready workers to find remote-ready towns with the features they want, whether that might be a high school, a tennis club or close access to a regional airport.

The explosive uptake of telehealth – where health professionals treat patients over video or phone calls rather than face-to-face – is also shaping as a boon for the regions, the President of the Rural Doctors Association of Australia Dr John Hall describing it as “a great thing for rural and remote patients”.

“RDAA has been calling for telehealth reform for many years,” says Dr Hall. “(It) has the potential to revolutionise the access that patients in the bush have to medical care.”

While the federal government had already committed $45.5 million in November to enable GPs to conduct telehealth consultations in remote areas, arrangements to expand Medicare subsidies quickly ramped up as part of the government’s measures to manage the pandemic and have assisted millions of people.

Dr Hall says he welcomes the Minister’s comments suggesting the scheme will continue beyond the pandemic model. However, he warns it must be supplementary to face-to-face care – not a replacement.

“We know that rural and remote patients have less health care services in their communities, so to be able to increase access closer to home will contribute to better health outcomes,” Dr Hall says.

“We also know that limited access is causing an increased gap in preventable mortalities as this number continues to decline in urban areas while remaining the same in the bush. We see telehealth as the way to improve patient outcomes, not just through GP consultations, but also for facilitated consults with specialists…such as psychiatrists, dieticians, or diabetes educators.”

“It's just that as people have used it more, it’s getting more and more sophisticated and it’s opening up sales to a much wider online buying audience. Online sales, particularly in that stud stock areas have proven to be very strong. There's been good demand and the animals are selling.”

This has been a major contributor to the ongoing strength of the domestic store sheep and cattle market despite the impact of the pandemic on other markets, according to a blog by Tom Rookyard from rural online trading site AuctionsPlus.

“Producers and growers have been flocking to online sales to fill their paddocks,” he says.

Ward adds that online platforms for rural property auctions and farm machinery sales are also seeing more activity, which has made the process far easier for those living a long distance from regional buying centres.

“There's certainly some significant changes that will be a benefit to the regions well into the future,” she says.