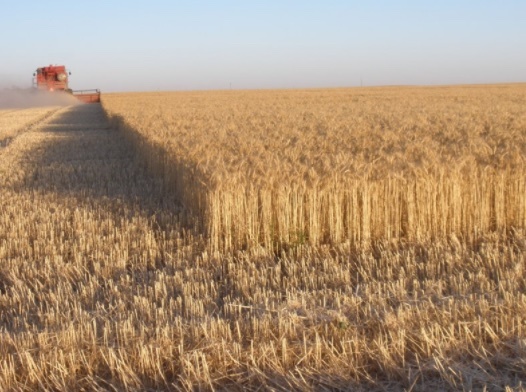 The month of November has been one of the busiest in recent years with over 7 million tonnes of grain received into the bulk handling system on the east coast alone coinciding with the New South Wales harvest close to 75% completed. This volume far surpassed last year which as at the end of November was closer to 500,000 tonnes received. So far this harvest, protein has been a strong feature in wheat which differs vastly from 2016 where the majority of the harvested crop was graded ASW1. Despite this, malt barley has also featured relatively prominently whilst in canola we have seen a consistently strong oil profile present in the crop.

This week we can be sure to see the supply chain tested once again as harvest quickly approaches its peak throughout the Port Kembla zone with rain in the forecast for the coming weekend accelerating harvest progress even further. Bulk handling sites are filling quickly with some shutting off segregations or having already filled as early as the second and third week of November. Those with the ability to outload grain direct onto trains are doing so at a rapid pace while a few sites are also adding additional capacity through the construction of temporary bunkers such as the GrainFlow sites in West Wyalong and Grong Grong. Having said that, it seems that with harvest in the north surpassing its peak that the logistical constraints of moving the crop from farmgate to site have eased with more trucks becoming available.

It has been fantastic to see farmers consistently revise up yields across all crops as harvest progresses with many calling this a once in a lifetime season. Barley and wheat yields have hovered around 4-5t/ha or better whilst the large proportion of canola has exceeded 2t/ha and approaching 3t/ha and even higher with a favorable oil profile to further compliment these yields. From a gross margin perspective, strong cash at silo pricing is ensuring growers can achieve close to $1000 per hectare across nearly all commodities with canola nudging $1500/hectare and better where the oil profile has allowed.

Turning to the markets and we have seen locally for the most part, prices come off slightly under the harvest pressure. APW is trading around $290 Port Kembla with at times ASW trading at only $5 under. Protein spreads are becoming tighter with H2 trading $5 over APW and APH2 a $3 premium again. Malt barley premiums are starting to tighten from the early harvest of $15 premiums to now within the $5-$10 premium range. As harvest progresses further south into Victoria it can be expected that further pressure may come on the malt spreads.

Delivered port numbers for post-harvest deliveries are also remaining well priced with $300/t for APW achievable into Port Kembla for the January/February period, while barley delivered into Melbourne and Geelong zones is trading at close to $240 for delivery in January/February.