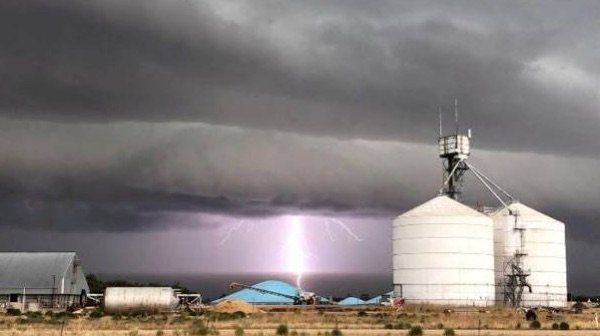 A week can be a long time in grain markets and the week just passed was no exception. With over eight inches of soaking rain received in parts of Southern and Central New South Wales cropping belts since Thursday last week, agriculturalists will look back fondly.

With year to date totals now comfortably exceeding total rainfall received in most parts for the 2018 and 2019 cropping season, the stage is once again set for another thumping East Coast crop.

According to the Bureau of Meteorology current root zone soil moisture throughout the entirety of the New South Wales cropping belt relative to historical values is rated from ‘very much above average’ to the ‘highest 1%’.

Not only has the rainfall filled the moisture profile but also our major inland water storages. Burrinjuck Dam is now around 85% full, Blowering Dam over 75% and Wyangala exceeding 70% full, giving confidence to irrigators where the majority already have 100% allocation until June and carrying the expectation forward of a comfortable allocation for July onwards.

You wouldn’t know it given all the rain down the East Coast, but La Nina is officially finished. The outlook for April across the East Coast still remains wetter than normal as the last remnants of La Nina wash through. The BOM’s forecast for May is neutral, however the dry trend is expected to continue for our Western Australian counterparts. The long-range climate models continue to forecast a potential negative Indian Ocean Dipole (IOD) to form by late winter.

Without raining on the parade too much, the only dampener at present would be felt by some summer croppers due to commence sorghum harvest in Northern New South Wales and Southern Queensland where grain quality and yield may have been compromised. That and the logistical challenges of moving grain where railroads have been completely submerged or washed away, silos becoming inaccessible, silo bags untenable and truck drivers even harder to come by.

The heavy export program has placed a larger burden on an already pressured supply chain with the unavailability of rail across most major lines stretching the friendship further with the trucking network. As shipping demurrage rates have almost tripled in under 12 months to well over $20,000/day, timely execution has never been more important.

Weather aside, the USDA is due to release its much-anticipated March quarterly Stocks and Acreage report on Wednesday which is likely to weigh heavily on markets and dictate pricing movements for the coming months. With tight supplies of Soybeans throughout the US and current pricing relatives to corn in favor of soybean plantings, a favorable shift to soybeans is the likely result.

With the sowing window opening up, it is fair to say that from a winter crop perspective, things couldn’t look any better for this time of year. Full moisture profile below and looking at a favorable short to medium term forecast, it's time to get busy burning diesel in the hot seat.