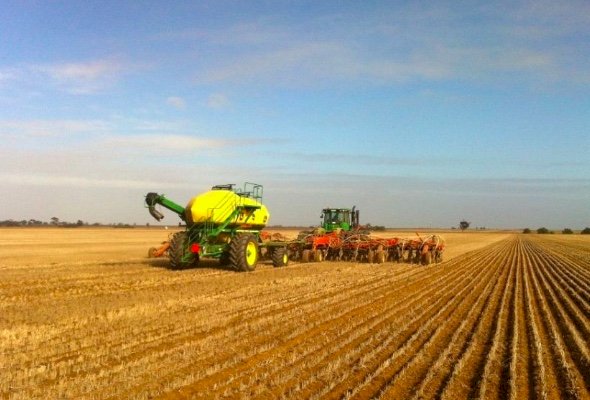 Optimism is high amongst Australia farmers as they prepare for another sowing program with plenty of subsoil moisture through NSW and parts of Victoria. March has been eventful for NSW with floods and large rainfalls stretching through much of the cropping belt. Whilst it may negatively impact a few farms with summer programs, most farmers are rejoicing and rethinking their winter cropping plans.

Years of drought through NSW has forced many farmers to focus on crops that are lower risk, namely cereals. Given this year’s great start, growers may now have the chance to plant a break crop which in addition can be cashflow positive to their P&L instead of a fellow. Pulses and canola crops come to mind. After last year’s spectacular harvest, canola pricing has held up well locally as well as internationally. Early signs are showing that we could be again in for high decile pricing year for canola in 21/22. Due to a lower supply from global oilseed exporters and increased demand from Asia, the bullish picture may be here to stay for the short term. One more good rain through NSW post planting should be enough to get the canola crop up and going with stored moisture below for winter.

With canola likely to increase in total acreage this year, hay crops may be significantly cut from the program. Recent news of several Australian exporter licenses not being renewed for the Chinese market has led to a reduction of contracts offered by the hay exporters. Hay is seen as a good break crop and weed management tool for farmers and in the last few years the industry had developed key export markets. With the reduction in hay area it is likely that these hectares are converted to either wheat, pulses or canola. Wheat pricing has been holding up well on the back of strong demand. The supply side has had its issues in the past 12 months with Russian tax and dryness in key export nations, but these issues seem to be sorting themselves out. The Russian crop is looking promising as it heads out of hibernation with rain in keys growing areas. If the Russian wheat crop keeps progressing along at this rate, we could be heading into a bearish commodity pricing environment for Aussie wheat. Following the first harvest without China in the barley market, Australia is finding new demand, but it doesn’t feel enough at this stage of the year. Whilst we remain competitive on pricing business into overseas customers, the barley market is looking at an imposing carryout heading into 21/22.

As we head into an important window for the Australian 21/22 crop, the next 8 weeks will be telling in shaping this year’s harvest. With moisture in the bank and fingers crossed for a good April rain, it could see farmers halfway there to another good year in agriculture.