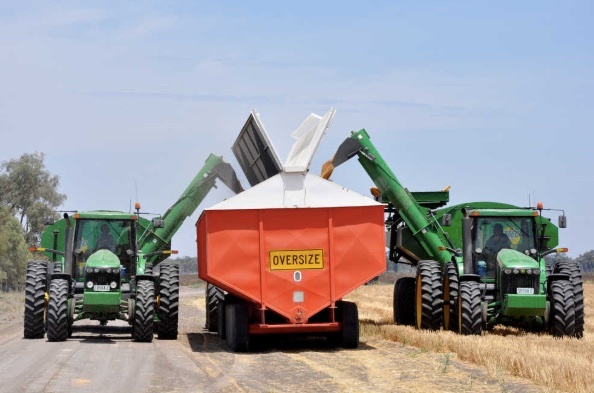 It has been a quieter week in grain circles, as growers focus their efforts more so on harvesting rather than marketing in the wake of recent price corrections.

The headers continue their march south, advancing into Central New South Wales districts. There remains only a handful of late crops north of the border, while most in Northern New South Wales are in the throes of mopping up the last of their pulses and wheat, the barley having been off for some time now.

Over the past couple of weeks I’ve had the good fortune to spend time travelling from Dalby to Thallon, Boomi to Beanbri, Goondiwindi to Gunnedah, Coonabarabran to Walgett and many places in between, with almost all growers spoken to happy to report strong production and better than expected quality. It was a fantastic sight to see the long-dormant depots bulging at the seams, and sample stand line-ups back out onto the bitumen generally thought to be a good problem to have.

The near ideal harvest conditions for the East Coast has however coincided with the uncertainty of export demand. And while the details at this stage remain unqualified, the concerns have been the catalyst for a strong correction in the wheat market, whilst barley values have been, in comparison, resolute.

It must be said that the weather component of the correction had been telegraphed for some weeks, with the weight of the Northern and Central New South Wales crop expected to be felt by the market at some stage. When the yield monitors in North Western districts began to regularly report figures more akin with irrigated crops than dryland, it was more a question of when, not if, would the market react without a very solid export outlook.

Those with earlier crops of barley and wheat through Southern Queensland and Northern New South Wales have been actively engaged through late September and all of October, latching hold of early demand and building good marketing averages from which to hang the remainder of their sales programs from through Q2/Q3.

With immediate cash flow requirements now satisfied, the focus for those in Summer cropping regions now shifts to whether to the outcome of the long-awaited Summer break. The New South Wales grower is now concentrating their efforts on delivered markets, as export demand into alternative origins continues to develop. Whether the recent values will be able to be achieved again will remain to be seen.

China’s supposed non-participation in the near term and the size of the East Coast crop has been digested by the market, with values expected to be stable at current levels for some time. Weather is again the primary concern for summer croppers, and whilst the northerners are genuinely delighted their southern counterparts are enjoying the rewards that numerous years of forced fallow are bringing, the required rainfall for corn, cotton, mung beans and sorghum continues to increase as the mercury reaches 40 degrees.