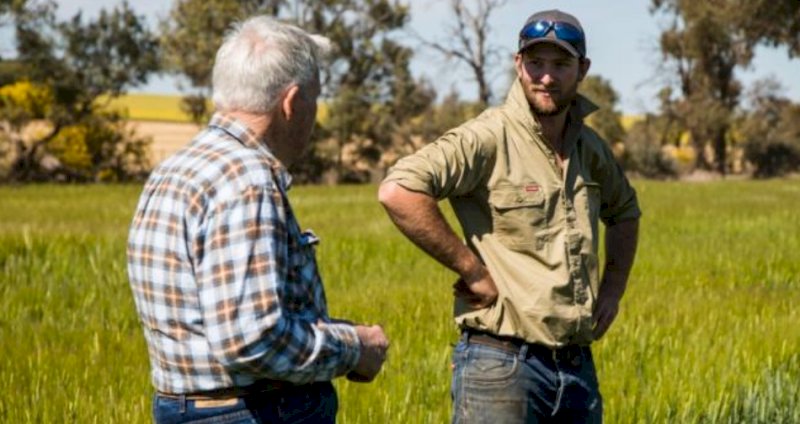 Firstly I just want to reach out to the guys who have suffered from too much rain. Australia is a place of extremes, and Farming can be cruel at times. I know some of you were looking at the daily double of yield and prices this season, only to have that taken away from you right before Harvest. Stay safe.

I was conversing with Megan Ruyg, our Farm Tender operations manager, over skype messaging last night, and she was saying how she was delighted that we have our people (staff) in the right spots. We have made a few changes over the last 6 to 12 months, shuffled a few people around (and out) to different divisions, and these people are thriving in their new roles.

I mentioned to Megan that most people have it in them. They just need the opportunity.

We have always valued our people. I have always said our website/app is our shopfront, but it's the people that are the guts behind the business. They are the ones that make it work.

It got me thinking, are people (workers, staff) valued enough in Agriculture?

On the whole, I would say not as much as they should be, and in the past no, but it's improving.

It's such a big issue, not only in Ag but the wider working community. We are struggling more than ever to find people to help out.

It's interesting that they are going through a period of mass resignation in the US, with people quitting their jobs left, right and centre. It's a trend here also, and they say it hasn't reached maturity yet. Are these people moving onto something else, starting their own business, or are they sick of working?

Getting back to Ag, I spoke to a Farmer the other day, and he said he needs an extra pair of hands or two. He also said he was a little exhausted by how hard he was working but felt more exhausted by the amount of work that was in front of him. I guess that's how mental health issues start.

We don't want our Farmers exhausted because Farming requires clear thinking to get the best results.

In the past, Ag lost a lot of its workforce to mining (who are struggling to fill vacancies themselves now). Mining simply had more dollars to offer.

Farming is a tight margin business and unpredictable, but I would have thought there is enough wealth in the game now to be able to compete with the mining wages.

Honestly, I don't know the answer to the Ag workforce issues. With more people coming out of the cities into the country, you would think that would help, but maybe it will only create a minor ripple.

So, if you are in Ag and have people working for you, give it some thought as to how you can possibly make their lives a little better, and most of the time, it's not always monetary. Keeping what we have is the priority, I would have thought.

I heard on that podcast I quoted a couple of weeks ago that if a Farm business is not paying commercial wages to all the people that work in the business, including the business owner or boss, then it's not doing the right thing by the business. They went on to say that many say they can't afford to do it that way. Their response was that if you can't afford to pay commercial wages for everyone, then you don't really have a viable business. Harsh but fair.

I could go on for hours (but won't). It's such a heavy topic.

As an industry, we need to value our people. Agriculture is built on relationships, it's what makes it tick. So, to have relationships in Ag, you have to have people.