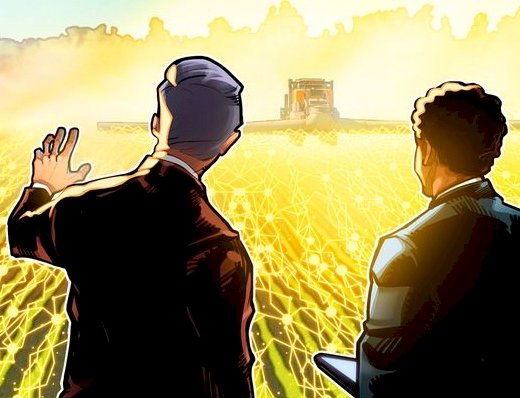 It can be a lonely occupation Farming. Most of the time, you are working alone or with family members in an isolated place in rural Australia. Working with family can be one of the great joys of Farming, but generally, Farmers also need other people to stimulate that Farming experience.

The isolated nature of work on the Farm has its good and bad points. And we now know what the general community now thinks about isolation. It sucks.

I like to observe things in the Ag space, try and work things out, perhaps form an opinion and go from there. It's been very interesting looking back on some of those observations and opinions over the 30 odd years of my working life in Agriculture.

One opinion I had early in my career was that Farmers would end up getting rid of the middle people within their business. The people that help them buy or sell things. In my naivety, I just thought Farmers would become their own Agronomists, Agents, Nutritionists, Financial Consultants etc. Boy did I get that wrong, so much so I became one of those middle people myself.

I look back at the reasons why I thought this, and I thought the people in the middle took too much for the value they provided. And many of you would be saying that in instances, even today, that's the case.

But along the way, Farming got complex.

And now we arrive at a point today, where more than ever, Farmers rely on the people they have around them to operate. What Farmer wants to, or needs to know all the things an Agronomist knows. What Farmer wants to do the job of an Agent. Farmers don't want to set up complex GPS systems these days. Farmers want to get on with the business of Farming.

So let's say the figure is 10 percent on everything a Farmer buys and sells goes to fund the Agent, the Agronomist, the Financial Advisor, the Machinery Technician, etc. With the sophisticated systems and knowledge each of these people provides, the 10 percent is usually paid for in spades.

Farmers work hard, too bloody hard, I think, which can be to their own detriment. They have the attitude that if I don't do it, who else is going to do it, because it needs to be done.

I spoke to one Farmer the other day who said he would like to employ people but said he didn't have the time to train them to do it the way he wanted. So he's resigned to the fact that he will do those jobs himself, probably until he dies. I just hope it doesn't turn him bitter.

When running a business of any kind, people are going to be your most important investment. Having a lineup of good people to help you with the ins and outs of something as complex as Farming is well worth the 10 percent spent.

For me, that's a big thing to say, as I tipped the traditional middle in Ag to be superseded. I got it wrong.

I spoke about it 2 weeks ago in this column. We need to focus on the things that don't change and build our business strategy around that, as opposed to the things that might change.

But when you surround yourself with people, make sure you target the best and put some effort into finding the best. After 30 odd years in the game, it's something I am just starting to learn.

And we shouldn't have to know or do everything ourselves. I'd go so far as to say that if we are operating alone, not relying on others, then we're going backwards and watching the progressive ones around us sail straight past and never return.