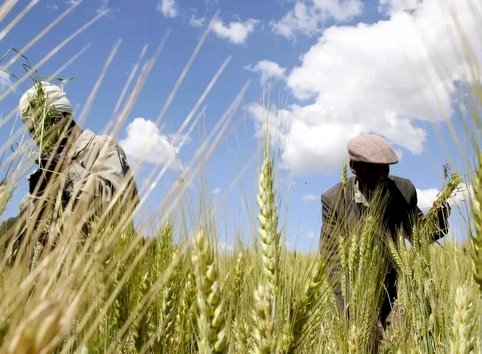 Nigeria’s Central Bank took to Twitter last Friday to announce the extraordinary step of cutting off the supply of foreign currency to importers of wheat and sugar. The embattled country is attempting to conserve US dollar reserves amid a domestic recession and spiralling foreign debt.

The Central Bank of Nigeria (CBN) was a big seller of hard currency in foreign exchange markets on Friday, pushing the Nigerian naira to a record 437.62 against the US dollar. And rising food costs continue to be the key driver of inflation, with the annual rate rising 1.6 per cent last month to 22.95 per cent.

The oil-rich nation relies heavily on food and agricultural imports valued at over US$10 billion annually to feed a population that recently soared above the 210 million mark. However, low oil prices and the ongoing COVID-19 lockdown restrictions have stifled Nigeria’s economy and increased borrowings. Revenue from oil and gas exports fund 90 per cent of the country’s annual budget.

Nigeria is Africa’s most populous nation and the continent’s biggest economy. In 2015 the CBN implemented a foreign exchange (FX) restriction list for 41 items it believed could be produced locally instead of imported. The currency controls were designed to ease pressure on the local currency amid a shortage of US dollars but instead led to skyrocketing inflation and further weakened the naira, making imports more expensive in local currency terms.

The list has expanded to 44 items in the ensuing years, with corn added in July 2020. In 2019 the government banned access to foreign exchange for dairy imports in a bid to stimulate domestic production. This infuriated industry groups arguing that domestic milk production was not enough to meet local demand. After months of discussion and protest, the CBN was forced to lift the foreign exchange restrictions in February 2020 for six firms to import milk.

According to the United States Department of Agriculture, Nigeria’s wheat production in the 2020/21 season will be a paltry 60,000 metric tonne. That equates to 1.2 per cent of domestic demand, which is forecast at 4.95 million metric tonne this marketing year. This is despite ten years of collaboration between the government, flour millers and farmers aimed at greatly reducing imports by increasing local wheat production to 50 per cent of domestic demand.

The Nigerian government collects a five per cent tariff on all wheat imports, plus an additional 15 per cent levy, which is earmarked for the national wheat development program. Despite Nigerian millers' preference for imported wheat, the government is requiring millers to purchase local wheat at a fixed price of US$400 per metric tonne; well above international values.

However, the farmers prefer to sell their limited production to the Sahel countries to the north and non-government organisations (NGOs) who feed displaced citizens in the crisis-torn northern regions of the country where terror group Boko Haram continues to commit atrocities. According to the UN Refugee Agency, violence perpetrated by Boko Haram has affected 26 million people in the Lake Chad region and displaced 2.6 million of them since 2009.

The USDA has Nigeria pencilled in for wheat imports of 5.50 million metric tonne with around 500,000 metric tonne of exports, as wheat flour, to landlocked Sahel countries to the north, namely Niger, Chad and Mali. The import number is up 3 per cent on the previous year and is 18 per cent higher than the 2018/19 season.

With only 50,000 metric tonne of wheat going into domestic livestock rations, that means that 99 per cent, or 4.9 million metric tonne, of Nigerian wheat demand, is for human consumption. Around 70 per cent of the flour milled from wheat goes into food products such as bread, semolina, pasta and other wheat flour products.

Russia, the US., Black Sea exporters, The European Union, Canada and Australia are the major wheat suppliers to Nigeria, with relative prices and sea freight rates determining their market share from season to season. Larger exportable surpluses and lower prices out of the Black Sea region have increased the market share from that part of the world in recent years.

Nevertheless, imports of cheaper wheat from the Baltic states of Latvia and Lithuania have also grown as domestic millers try to reduce the price of flour and increase their profitability. The mills are blending the low-quality Baltic wheat with more expensive, higher quality, Hard Red Winter out of the United States.

The changing market dynamics have reduced the market share of US origin wheat from a high of 91 per cent of Nigerian imports in the 2010/11 marketing year to just 35 per cent in 2019/20. That said, Nigeria has consistently been either the second or third largest buyer of US wheat since the 2015/16 season, importing between 836,000 metric tonne and 1.09 million metric tonne annually.

Last week’s announcement by the government appears to be one more in a series of ill-thought policies aimed at reforming food production in Nigeria. This season’s wheat harvest is happening right now, and the next crop is not planted until November. The harvested area is estimated to be about 60,000 hectares which is relatively unchanged for the last six years and puts the average yield at just one metric tonne per hectare.

The domestic market cannot possibly react to the government's new policy and feed the huge population without imports. If the government's stated goal of 50 per cent self-sufficiency is to be achieved, it would require an additional 2.4 million hectares of land for wheat production using existing agronomic practices. This would mean a reallocation of corn and sorghum hectares, jeopardising Nigeria’s self-sufficiency status for those commodities.

The foreign exchange limit is a desperate move from a government rife with corruption and an abysmal economic management record. The policy will affect almost the entire population, and its people will simply be collateral damage if the policy is implemented. There will be a local reaction, but will it be enough to sway the policy makers?