New phase of low growth ahead for Land prices 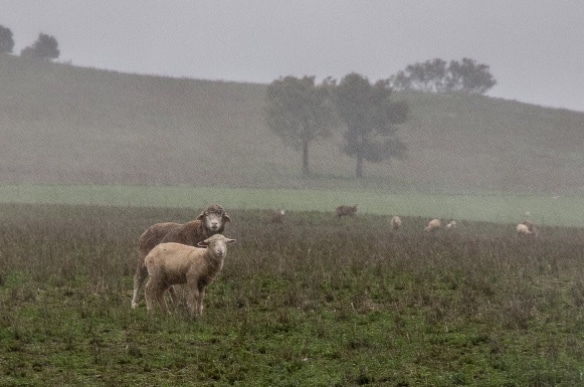 While prices of Australian agricultural land are at record highs in many regions, the market is entering a new phase, with low – to no – growth in median prices forecast over the next 18 months, according to a new industry report.

In its annual Australian Agricultural Land Price Outlook (supported by Digital Agriculture Services), agribusiness banking specialist Rabobank says the robust growth in agricultural property prices witnessed over the past five years has slowed, with 2020 signalling “the beginning of a new phase in land markets across the country”.

“For the time being, the aggressive rise in land prices is behind us, and we are expecting a period of low, if any, growth in 2020. Ultimately though, this will vary by quality, region and production type,” he said.

While there will likely still be a number of “marquee” sales in some locations – especially for high-rainfall properties with scale – median agricultural property prices in some regions may even see a contraction over the coming 18 months, the report says. However, macro-economic factors, such as low interest rates and a forecast weakening in the Australian dollar – along with the overall healthy state of farm balance sheets across the country – will prevent a major downward correction.

“And if agricultural land prices can hold the significant gains they have made over the past five years in the year ahead, through the worst economic crisis we are facing in decades due to the coronavirus pandemic, this will be a great result for landholders,” Mr Lefroy said.

For buyers of agricultural land, he said, “the story is a very complicated one”, with different market segments in different locations moving at varying speeds – driven by factors other than just agricultural productivity – so that prices are often not reflective of the productive potential of the land.

“The median price in some regions can be double, or even triple, that of other regions with similar productivity and seasonal variability,” Mr Lefroy said.

With the support of rural intelligence company Digital Agriculture Services (DAS), the report had undertaken analysis to incorporate this land productivity data in its findings, he said.

Factors ‘putting on the brake’

The report says a number of factors are contributing to the slowing rate of growth in the agricultural land market.

Chief among these is the trailing effect of recent years of drought, with the impact on land prices often delayed – bringing periods of very low, if any, land price growth, even when rainfall returns.

“It may seem paradoxical, but a key factor weighing on land price growth is the return to better seasonal conditions and drought recovery that is occurring particularly on the east coast,” Mr Lefroy said. “In drought-affected regions, there has been a shortage of properties on the market with many potential sellers choosing to hold off until conditions improved, and this reduced supply had been supportive of price growth. However, as seasonal conditions have improved, we will see an increased stream of lower-quality properties come to the market, with sellers trying to take advantage of the high price environment.

“In addition, as part of the recovery from drought, we are likely to see farmers shift their focus to consolidation and direct their business investment towards building resilience in their operations rather than looking to expansion.”

And, outside of drought-affected regions, he said, “grain prices that were swollen by the drought have now softened, which will impact farmers’ profits, particularly in South and Western Australia”.

Overall, the report says, the commodity price outlook for the next 18 months is “unsupportive of land price” growth, with prices of most agricultural commodities expected to decline over that period.

Added to this, Mr Lefroy said, the ongoing economic crisis triggered by the COVID-19 pandemic was also taking its toll on farmer revenues and confidence.

“The pandemic and related economic crisis are like a large, unpredictable storm that could cause damage. It is possible at some point in the next six months, we will see agricultural commodity prices further exposed to the underlying economic crisis we are currently being shielded from by government stimuli,” he said. “At the very least, it will continue to undermine confidence.”

Nationally, median agricultural land prices were shown to have risen at 8.8 per cent per year compound annual growth rate (CAGR) over the five years to December 2019, according to the Rabobank Farmland Index.

For the past year (to December 2019) median national ag property prices rose five per cent year on year (YOY).

The highest growth in 2019 occurred in Tasmania (nine per cent YOY) and South Australia (five per cent YOY), while New South Wales, Victoria and Queensland all recorded one per cent growth and Western Australian median prices for agricultural properties remained stagnant.

“For Tasmania, corporate investment – both Australian and foreign – continued to flow into ag land. Reliable rainfall, the availability of irrigation water and a diverse range of production opportunities have all added to the attractiveness of investing in Tasmania,” Mr Lefroy said. And this influx of demand – together with a very limited amount of properties on the market, supported the median land price.

Ag land versus other asset classes

The report found agricultural land had appreciated at a faster rate than most other asset classes over the past 10 years.

“So far, ag land has largely avoided the economic fallout of COVID-19,” Mr Lefroy said. “This has highlighted the fact that the primary drivers of agricultural land value are different from any other asset classes and, in fact, aspects of a weak macro-economic environment will actually support investor demand for agricultural property.

“These include a relatively weak Australian dollar, which increases the purchasing power of offshore buyers. In addition, low returns on risk-free assets (such as government bonds), along with extreme price volatility and significant downside risk in other asset classes, have also incentivised investment in agricultural land.”

For those looking to buy agricultural land, purchasing the right property at the right price will remain challenging, the Rabobank report says, warning that prices are often not reflective of productive value.

“Factors such as lifestyle influences, the concentration of local farmer demand and access to infrastructure can all cause the price of land on a hectare basis to deviate from its productive value,” Mr Lefroy said. “And sometimes that deviation is large. The median price in some regions is double, or even triple, that of other regions with similar productivity and variability.

DAS co-founder and CEO Anthony Willmott said science and technology was helping to take land analysis to the next level.

“We now have better indicators than just median price to find the best value, and we predict that productivity will play an increasingly-important role in finding the right farm property at the right price,” he said.

“We have always believed that buying any farm should be determined by its ability to produce now and into the future, and now we have the science and data to prove not just the productivity of any property, but how it compares to any best in class property.”