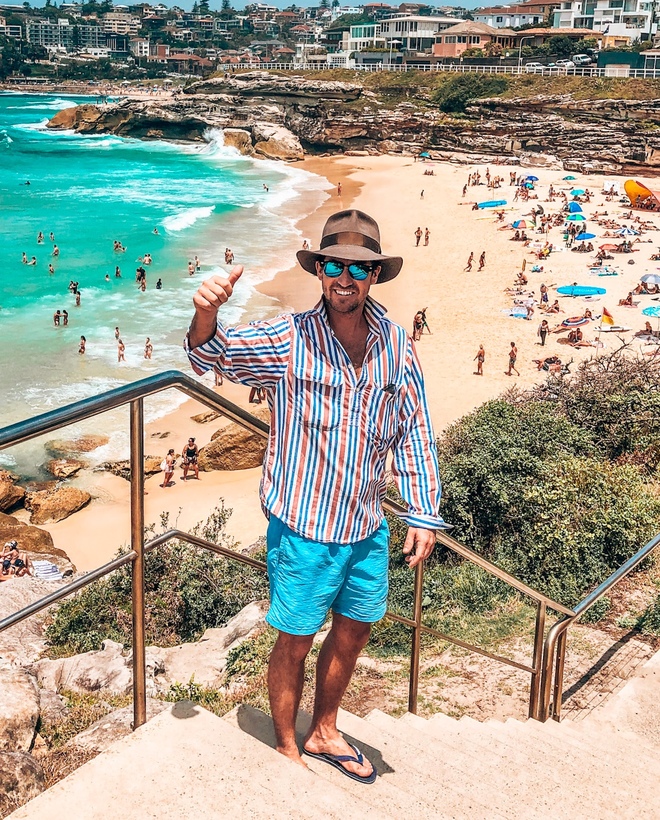 I recently moved to Sydney for a new position with a Tech company – a complete 180 for me.

I’d spent the last 13 years in the Northern Territory working in the great outdoors (aside from 2 years working underground, where I was focussed on saving money for my chopper license and a bit of a head start. Not ideal for me. I think if I was meant to work at night and live underground, I’d have been born a wombat).

My work, until recently, had always offered endless horizons. New scenes each day as I would fly across the country from one job to another. 3 months might go by, and as most people living remote on cattle stations can attest, the only people to be seen will be the hatful of people that you work with. Working on the ground is the same. New scenes each day as there is always a different fence line to run, or a different paddock to muster.

The Territory is a majestic place with qualities that seem magnetic to me. I originally intended to be there for three weeks, and 13 years later, I’ve finally relocated.

Though geographically distant, I still have many strong ties not only through work, but friends and family alike.

Back in 2006, the Territory was the place I had dreamt of going for years. To me it was Nature Territory. An untamed land that was home to crocodiles, buffalo, brolgas, and Mick Dundee. I was excited at the prospect.

I arrived in the Top End in around June. I have a vivid memory of driving along red dusty roads under the brightest blue sky I’ve ever seen. It could be seen above the road through the break in the canopy of tall Woolly butts and Bloodwoods. There was a vivid contrast in the colours between the red gravel road, the glowing native grasses lit by the golden late afternoon sunlight, the shaggy dark bark against the clean white of the tree trunks, the lucid green canopy and brilliant blue sky.

I drove through vastly different landscapes; open grasslands to timbered savannahs, past billabongs and lily filled lagoons. Through thick, leafy jungle country, and eventually down to the homestead nestled on the edge of the flood plains. The sunset was a brilliant red stretching to purple in the clearing in the timber and out over the green pastures. The hum of cicada’s filled the air. The place felt magical. In the distance I could hear the brolgas calling. 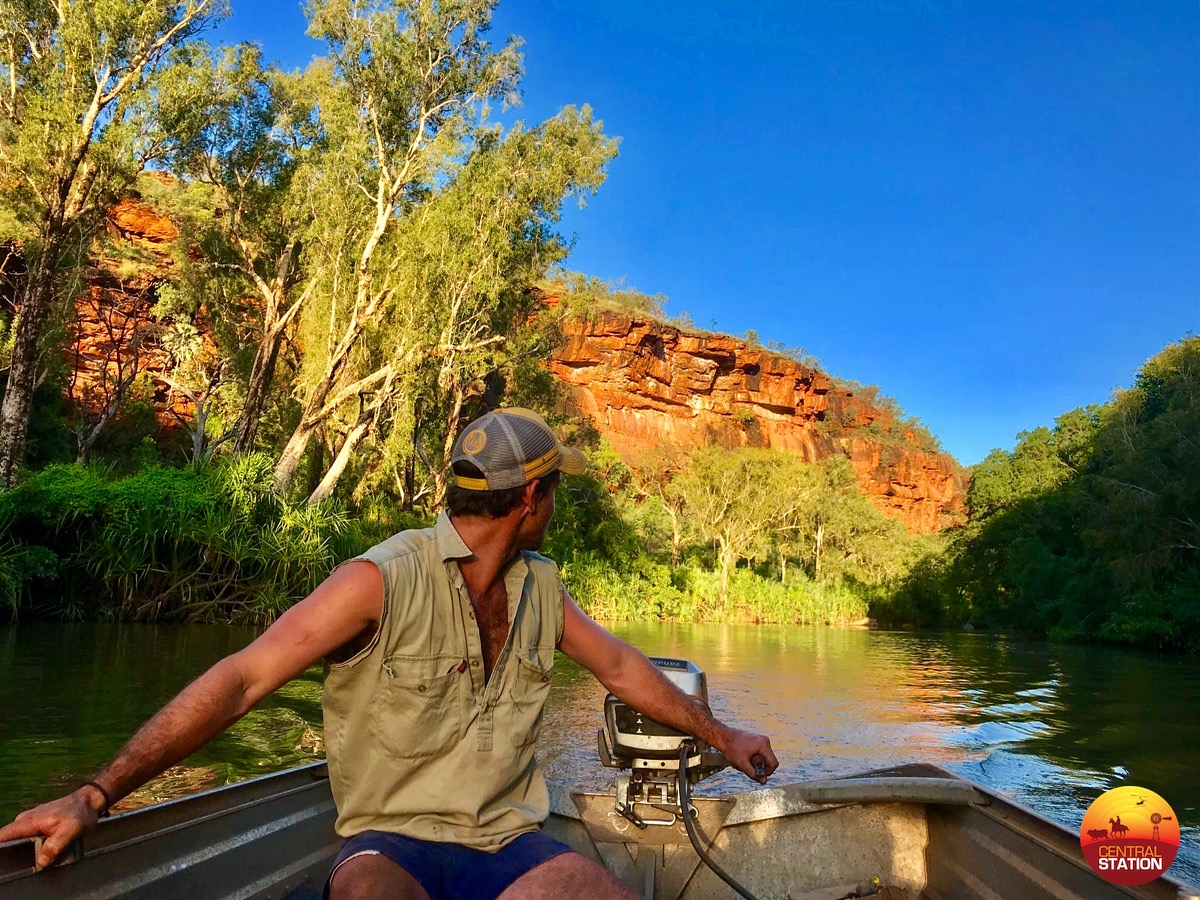 My first impression of the Top End, left nothing to be desired. This was isolation.

I must admit – my enthusiasm for moving to Sydney was not quite the same as that for the Territory.

Don’t get me wrong, I was excited, but that excitement was matched by equal parts of trepidation.

An fitting summation of my sentiment –

– In my wild erratic fancy, visions came to me of Sydney,

Inspired by a letter etched in tar.

‘Twas our nation’s mate who wrote it, and verbatim I will quote it,

“For the drover’s life has pleasures, that the town folks never know.

And the hurrying people daunt me, and their pallid faces haunt me, as they shoulder one another, in their rush and nervous haste.

With their eager eyes and greedy, And their stunted forms and weedy,

I had spent four years at boarding school in Melbourne, but looking back, that life was pretty sheltered and I definitely wasn’t tackling the big city on my own.

Sydney was going to be a different beast. The most populated spot in the country, I’d be anything but isolated. A concrete jungle of smog and noise. No views to enjoy and crowds of people to knock you off your feet. A place where you can’t see further than 100 yards for the forest of skyscrapers. Most daunting of all; the cold and grey weather that I just wasn’t built for.

It was the prospect of bringing better solutions to the industry I loved, that brought me to Sydney. To learn all I can and to make a difference. I decided to take the chance. Opportunity knocks but once.

I’d make the most of it. Go and see the big city lights, the operas and the night life. The beaches and the east coast. It can’t hurt.

I was blown away when I landed in Sydney. I caught a train from the airport to Circular Quay where it was straight on a Ferry to Manly. Clear blue skies above dazzling blue water. Yachts and ferry’s and luxury boats – floated, cruised and raced around the harbour. It was mayhem. It seemed every man and his dog was on the water. The sun was hot and the air was fresh. It was like a perfect dry season day in the Top End.

It was not at all what I expected. Peninsulas, headlands and points protruded into the harbour from every angle. The land climbs out of the deep blue and shows off its foliage, cradling the houses sprawling amongst it. The views are endless.

The colossus that is the Sydney Harbour Bridge, dominates the sky as you pull out from the Quay. Of course your attention is then stolen by the gregarious Opera House dancing on the water’s edge. She changes at every angle as you pass her by. Skyscrapers either end of the bridge, small islands and navy bases all seek your attention. The Manly wharf is bustling with people, live music and bars. Strolling the streets, I start to relax and start to believe I might actually enjoy my time in Sydney.

The Manly wharf is bustling with people, live music and bars. Strolling the streets, I start to relax and start to believe I might actually enjoy my time in Sydney. I decided for now, to withhold my potentially ill conceived notions and unwarranted prejudices of the city and ignore my predilections for the bush.

Work felt like sink or swim at the beginning, where even the bare basics were completely new to me. A chair. A desk. A laptop and a monitor. The plethora of new programs I was to learn and processes to adopt. I got lost every single day on the train for what seemed like weeks. The options for the commute were just about endless with a combination of trains, buses and ferries. Most often, I opted for the ferry, train and walk combo as the open air on the harbour is marvellous. The train ride took a bit of getting used to, feeling a bit like a sardine but very much balanced by the walk through the parks on the way to work.

Two weeks later the skies became black and red as ash poured from above. The whole city seemed blanketed by it, like snow you would see in a movie. We dealt with that in the office by wiping our desks down everyday while the rest of the country around us either burned or watched on in horror.

Then came the virus that shut down the world.

As the city came to a barren stop, I retreated to my shoebox apartment, where if I was to do a star jump, I would have a limb in every room.

I am very lucky where I am as our building sits on the edge of the harbour on Seven Shillings Beach, which during lockdown was closed to the public. It is a very rare thing in Sydney to have a whole beach to yourself.

Isolation in the Territory, or what I call Macro Isolation, is social distancing on a massive scale, where it is vast distances that separates you from others. This type of isolation allows you to explore new places and roam the country without seeing another soul. It is freedom.

Isolation in Sydney is a very different thing.

Micro Isolation is still due to social distancing, but the distance is on a much smaller scale. It is restrictive and oppressive. It is isolation within walls, repressing the urge to explore.

To be honest, social distancing is the part that I’m used to. It’s the Micro Isolation that I’m not.

Macro Isolation is peaceful and quiet. Big grins and G’days when you do see people. It is countered by horizons, room to move and exploring.

Micro Isolation is eerie and awkward. Not shaking hands and avoiding people. It is countered by netflix, facetime and beer.

Despite this, my work remains a fast paced and exciting environment. Though stuck in a shoebox, I still have the opportunity to connect with producers around the country everyday.

When I was flying, I would see different producers every couple of days and I would only be able to help in static ways and my impact was limited. Now, I have the ability to connect with multiple producers a day and have much bigger impacts on the business, all from a desk in my one bedroom apartment in Sydney. The work I do now, has tangible benefits on a much larger scale, not only adding value in day to day operations, but right across whole supply chains and businesses. The work I do now, I hope will shape not only the future of Agriculture, but advance the northern beef sector in particular.