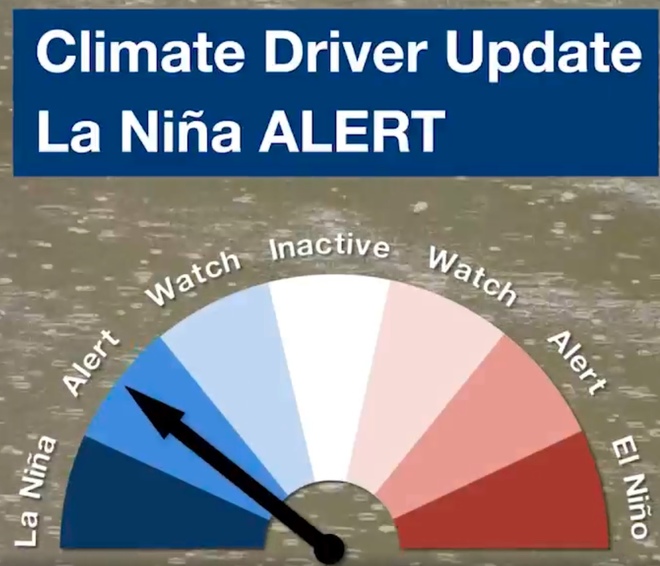 The Bureau of Meteorology’s ENSO Outlook has moved to La Niña alert. This means that there is around a 70% of a La Niña event occurring in the coming months, or three times the normal likelihood.

So what does this mean for water availability in Australia?

Many catchments in eastern Australia have average or wetter than average soil moisture. This means they are primed for higher volumes of runoff and streamflow should significant rainfall events occur. This is a big change from conditions in late summer, when large falls in many areas soaked into extremely dry soils with limited runoff into streams and dams.

So the outlook in eastern Australia indicates a good change of increased inflows, but also increased flood risk.

The outlook in the west is quite different. With average to below average rainfall forecast in the coming months and below average soil moisture in many areas.

Every La Niña is different and the Bureau has plenty of information available if you’d like to know more about previous La Niña events (just ask and I can point to a few resources). However, there are many drivers that influence our climate and you can get the most complete picture via the Climate Outlook - https://lnkd.in/gpzrsaY