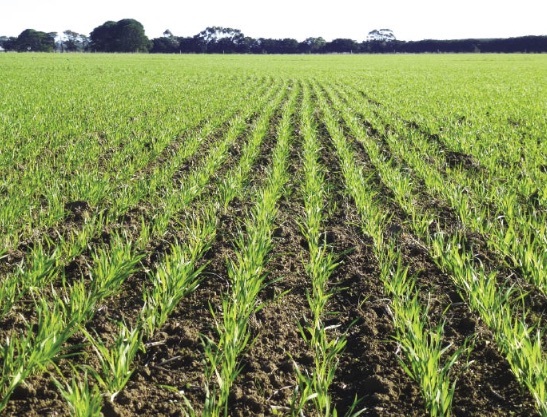 Last week bought about the first official national crop forecast from ABAREs for the 20/21 crop and generally, the numbers were in line with expectations and if there is any better situation to describe Australian farming swings in production, look no further than 19/20’s total winter crop production of 26.5Mt vs the forecast for 20/21 at 44.5Mt, an increase of a huge 53%. Most across the East Coast will be aware the season is looking promising notwithstanding a few red flags worth noting in other areas.

Starting in the West, planting rains have been there, and enough moisture has fallen to see most of the crop germinated…. just. Reports are that the crop is in limbo and rain is needed urgently for Western Australia to reach its potential of an average season. Wheat and barley are looking good however one to watch is canola with germination and wind issues causing some replanting in areas. Western Australia is a big canola growing state and issues to production during the growing season are likely to have an effect on East Coast prices. Rainfall over the next two to four weeks will be key to continuing the health of this crop.

South Australia had a later start than other areas but has received very good rains from ANZAC day onward, the crop is up and progressing well. As always, there are some areas looking better than others but overall, things are looking pretty good through that region. Despite many indicators painting a favourable picture across the state, some further rainfall over the coming month would be welcome.

New South Wales and Victoria is looking exceptional with some reporting it’s the best start ever, with upside on yield to come as the crops progress. With the past few cropping years in New South Wales fresh in growers minds there is some nervousness about, but it is hard not to be optimistic for season 20/21. In the past with East Coast being very domestically focused on supply, this harvest is shaping for a big export program from the grains industry. Both states today looking bullish on production and with exports coming into focus, supply chains will have to change direction to accommodate.

Queensland is a tough one. Southern Queensland had one of the best summers for rainfall it has seen in a long time. The subsoil moisture was there through a large part of the cropping regions, but planting rains took a while to come and were patchy with March-May being on the dryer side. Queensland is looking at an above average year, but big questions still lie on how much area was planted with the lack of sowing rain.

In summary for 20/21, we have New South Wales, Victoria and South Australia looking very good, Queensland less so, with the only potential red flag in Western Australia. Nationally, ABARES June forecast has wheat 26.67Mt, barley 10.56Mt and canola 3.25Mt, which seem high but in line with the optimism of this cropping year and overall bullish sentiment. However as always, winter and spring rains will decide where we end up.