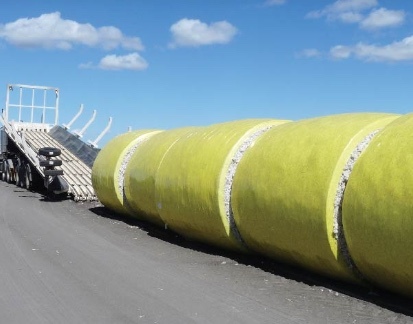 The JG Boswell Company has announced it is seeking expressions of interest for its vertically integrated cotton company, Auscott Limited. The north-western New South Wales agribusiness is Australia's third largest cotton ginning company and owns 22,000 hectares of developed irrigation land and approximately 143,000 megalitres of water entitlements. JG Boswell has said the decision to sell has come as the company increasingly focuses on opportunities in core operations in California.

Ridley Corporation has commissioned its new $47 million 37,000 tonne-capacity poultry and pig feed mill at Wellsford near Bendigo,Victoria. The company has also confirmed the planned closure and sale of two Victorian sites; the production from these sites will be transferred to the new mill. The Bendigo mill will be demolished and the site sold in the 2020/21 financial year and the Mooroopna feed mill near Shepparton will be sold after production is transferred during the next six months.

Piñata Farms, on the final leg of a successful raspberry harvest at their Orielton, Tasmania farm, has announced it will push to expand its operations in Tasmania. Managing director, Gavin Scurr, said key infrastructure including polytunnels and packing facilities were already in place to enable expansion plans. The Orielton berry farm was developed on a former dryland sheep farm in 2018. It is understood that the 20 hectare berry farm is expected to enter full production by 2024.

Murray River Organics Group (MRG) has signed a $2.3 million deal with Woolworths which involves the launch of five new branded products across 600 stores from August and an additional four seasonal products in the lead up to Christmas. The announcement follows the news at MRG had partnered with Coles to enter the breakfast cereal market in June 2020. That deal is expected to raise $5 to $6 million in revenue per annum. Alongside the most recent deal, MRG also announced a new pilot development to grow organic oats at its Nangiloc, Victoria property. The company plans to grow 30 hectares for its branded muesli range.

Industry analysts suggest the Special Agricultural Safeguard for beef exports to China, under the China Australia Free Trade Agreement (ChAFTA) has been triggered and as such the preferential tariffs established under the ChAFTA will be withdrawn. The safeguard this year was set to 179,687 tonnes of beef. Australia has triggered the safeguard for the past two years, however, a spokeswoman from the Department of Agriculture has said that June was the earliest the preferential tariffs have been dropped since the establishment of the free trade agreement in 2015.

The outbreak of African Swine Fever (ASF) in South-East Asia is continuing to have a significant impact on global protein markets. A recent report suggests ASF has been the major factor contributing to forecasts of a 15 to 20 percent drop in Chinese pork production in 2020. The report also details forecast declines of approximately 10 percent in the Philippines and Vietnam.

The construction of a 600 megalitre water storage facility has been completed at Seaford Heights in the McLaren Vale region of South Australia. The storage will be filled over the next three months and its supply of recycled wastewater will be used to support increased grape production in the local viticulture industry. The Federal Government Infrastructure, Transport and Regional Development Minister, Michael McCormack, said, "This project is expected to allow for an additional $6.5 million in grape production each year from McLaren Vale and this will lead to an estimated annual $33 million increase in wine production, which is a fantastic return on investment and great news for growers and winemakers in the region."